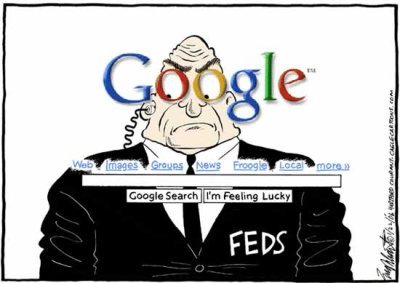 Uh oh. Big Brother is watching you and his name is Google. Amidst all kinds of other privacy concerns, another one has popped up at the Big G. It seems that the Google Street View cars were not only taking pictures of the streets and buildings; they were also collecting (and sharing) the locations of millions of laptops, PCs, cell phones, and other WiFi-enabled devices.

This goes beyond the sharing of unsecured WiFi networks that they already collected and shared. The cars went around and collected the information of devices connected to these various WiFi access points too. This includes the unique identifiers (MAC addresses) of said devices and the data was made publicly available until only a few weeks ago. They would know where your computer was located, whether it was at a coffee shop, your workplace, or your living room.

I find it unlikely that Google had malicious intents here. It was more likely just some sloppy coding that fell through the cracks, collecting info that they had no intention of collecting, but that doesn’t make the situation any better. I wouldn’t say it’s malicious, just negligent. Thoughts?