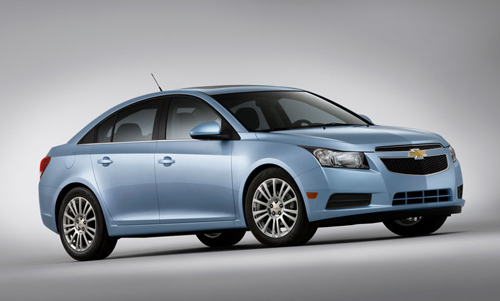 Finding fuel-efficient cars in Europe is nothing out of the ordinary. Many of them are very efficient diesels, for instance, but the diesel market in North America for smaller vehicles isn’t as established. However, the Jetta TDI will soon have some competition in the form of a diesel-powered Chevy Cruze.

This has been officially confirmed by GM CEO Dan Akerson. The car itself isn’t huge news, but the diesel Cruze will be the first diesel car out of Detroit since the 1980s. That’s a very long time. If you’re willing to accept something a little bigger, the last passenger vehicle diesel was a 2006 Jeep Liberty CRD.

Part of the concern for passenger diesels in the past was noise, but Akerson is saying that these new diesels are quiet and that they are able to make it in the low to mid-40s for fuel economy. By comparison, the diesel Jetta with an automatic transmission gets about 30mpg in the city and 42 on the highway. The gas-powered Cruze Eco gets 39mpg on the highway. It’s an issue of the chicken and the egg, but finding diesel pumps can cause some trouble for folks. Though as Detroit puts out more of these types of cars, that’ll likely change. Expect the diesel Cruze to hit American streets in 2013.