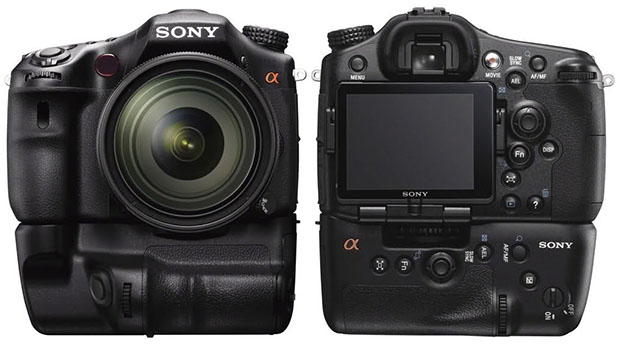 Take a look at the leaked image of Sony’s upcoming A77, expected to be announced in late August.
Some detailed information has been leaked as well. Apparently, the camera will have a 24 megapixel sensor, and will be capable of HD video recording, probably full HD in 1080p too.

It’s also rumored to feature a translucent mirror camera, or what Sony calls Translucent Mirror Technology. However, we can’t be certain as to whether the A77 will feature the double translucent lens hybrid viewfinder, as was rumored last year. It had also been previously rumored that the Sony A77 will feature a newly developed Sony Exmor APS HD CMOS sensor, but we can’t tell that yet either.

As you can see in the photo, the installed battery grip has some extra buttons on it, which are closer to the user’s hand, and some of the buttons seem to be mirrored controls from the DSLR. About this time last month, other leaked images of A77 appeared, but since they were a bit blurry, the camera’s overview was not as clear. If you have eyes on buying the Sony A77, you should start saving some money, since the camera is expected to be about $1000.