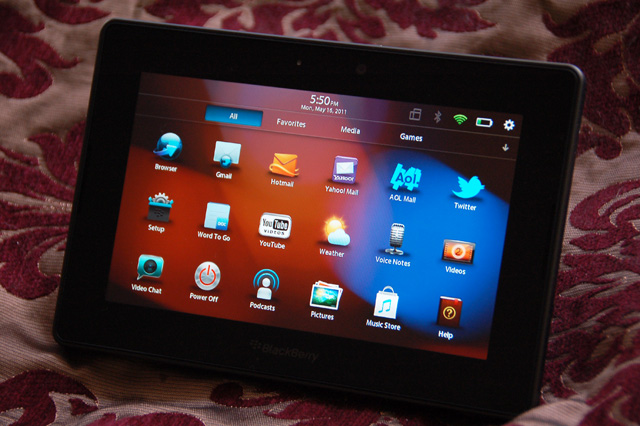 Research In Motion announced that the PlayBook has been given security certification to be used by U.S. federal government agencies.

“This certification demonstrates our continued commitment to meeting the needs of security-conscious organizations and enables the U.S. federal government to buy with confidence knowing that the PlayBook meets their computing policy requirements for protecting sensitive information,” said RIM senior vice-president Scott Totzke in the press release.

RIM is touting its security and strong encryption as key to serving bodies like the U.S. government. The Blackberry maker bragged that its PlayBook is the first tablet to be approved for use by the United States federal government, and that no other tablet has received such approval. Apple, eat your heart out. RIM didn’t actually say if the US government has started taking orders for the PlayBook, or if they even will.

RIM appears to be quite thankful for this victory over the other tablet competitors, especially midst criticism that they rushed the Playbook to market, and dealt with software problems with constant updates (four in three months). Shares in RIM gained $1.10 or 4.4 per cent to close at $26.36 on the Toronto Stock Exchange. Things are looking up for RIM and app developers who can start designing specialized military apps for QNX.