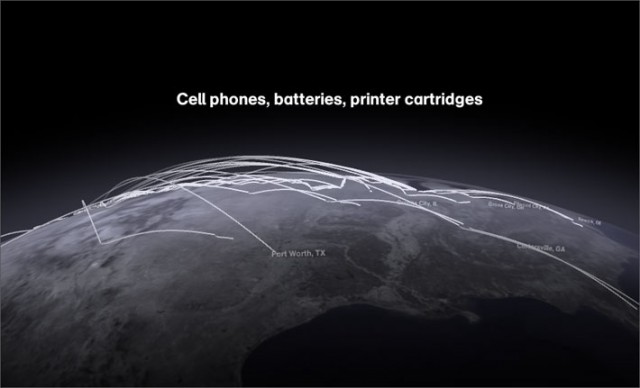 The biggest contributing factor to e-waste is upgrading cellphones, computers and televisions well before they start malfunctioning.  It’s really hard to resist that faster cpu, bigger screen and extra memory, but outdated technology is really outdating too fast and killing the planet.  Those “old” electronics end up traveling far away from where they were bought. The average mobile phone will work for about seven years, but the worldwide average for consumers to gets a new phone is just 11 months. Each year, the U.S. produces about three million tons of e-waste, and only around 25 percent of those products will be properly recycled. That’s a lot of digital crap.

What happens to that waste? How is it processed?

A group of MIT researchers hope to offer an insight into the journey of e-waste by tracking several discarded electronics. As part of the backtalk project, MIT’s  SENSEable City Lab worked with the NGOs that ship outdated, refurbished laptops to developing countries. They equipped forty refurbished netbook computers with tracking software, and every twenty minutes, the laptops would send their location (determined using Google’s geolocation API) and a picture from their built-in camera. The people using the computers were informed of the project, and each laptop has a sticker explaining the project in the local language. The tracking data will be available to the public in the form of real-time visualizations, exhibited at The Museum of Modern Art in New York starting July 24 2011.

In addition to seeing where the reused computers have found new homes, the second part of the backtalk project focuses on e-waste within the US. Volunteers in Seattle agreed to apply GPS-enabled location trackers to the electronics they planned to discard. The researchers were then able to map the movement of batteries, cell phones, printer cartridges and other electronics. Some of those products crossed the entire country on their way to recycling facilities, which raises important questions of whether recycling those electronics is worth it when just transporting them is wasteful.

While working on the project, the SENSEable City Lab collaborated with Qualcomm and LG to develop the tracking technology, and partnered with such NGOs as World Computer Exchange, the Peace Corps and World Teach. To see some of images from the e-waste once it landed in other countries like Indonesia, check out the video below.