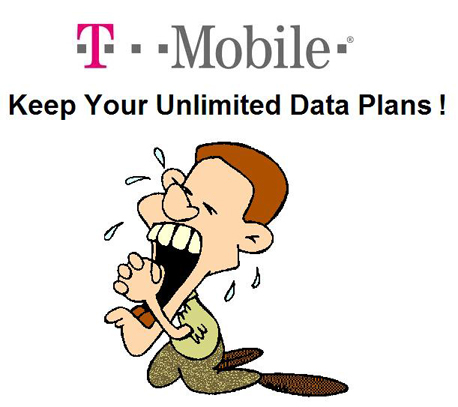 I’m tired of this. It’s one thing to make boastful claims like having the largest network, the fewest dropped calls, or the fastest data rates. It’s another thing altogether to say that you have unlimited data, only to cite specific limits to how much of that unlimited data you can have. And that’s exactly what T-Mobile has done.

The new “Value” plans will be made available on July 24 and the idea is that you can get access to T-Mobile’s 4G network (let’s not open the whole “what is 4G?” can of worms again) in a “more affordable” way. They say that these plans offer “unlimited data” but then they immediately say that they come with “2GB, 5GB, or 10GB of high-speed data — with no data overage charges.”

So, they just cut you off when you reach your cap rather than throttling you down? It’s not exactly unlimited when you have a limit set at those specific numbers. To be fair, most users aren’t going to use all that much data, but you can’t market these plans as having unlimited data when it’s clearly limited. An example they give is the $49.99 per line Value family plan “with unlimited talk, unlimited text and unlimited data with 2 GB of high-speed data.” It’s not unlimited data!! Grr…