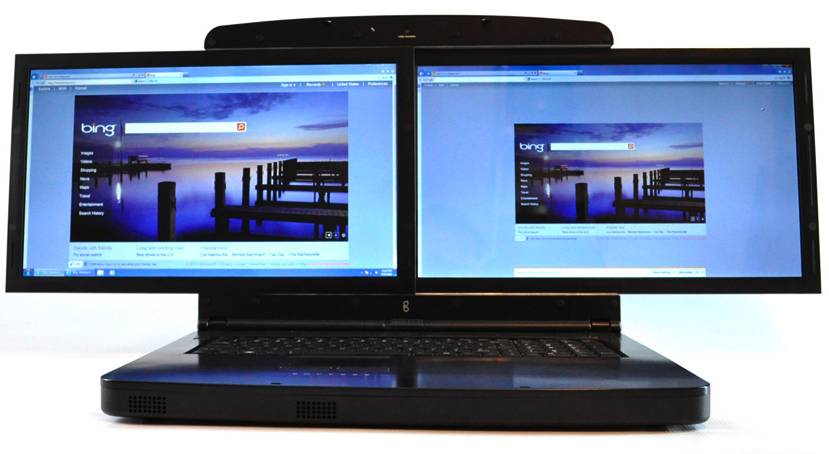 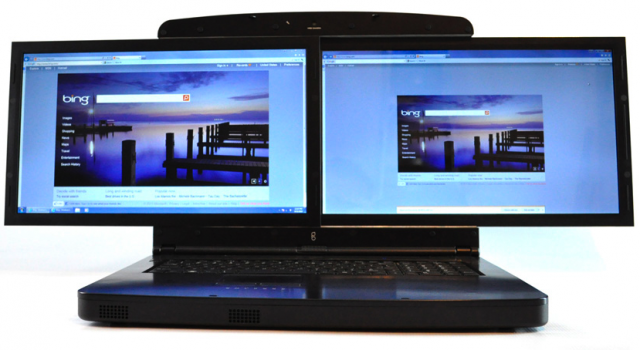 There’s something to be said about having a second monitor. The dual display configuration can work wonders on your productivity, but without planting yourself down at a desk, it’s just not possible with a laptop. Or is it? Here is the gScreen SpaceBook and it is a true dual-screen notebook PC.

No, it won’t be nearly as thin and light as a Samsung Series 9 or a MacBook Air, but you are afforded a real second display. Not only that, the twin displays are sizable 17-inch 1920×1080 full HD monsters, almost rivaling the kind of setup that you might have on your desktop computer at work… assuming you have two monitors there in the first place.

Remember, though, that while the gScreen SpaceBook is portable, it’s not exactly mobile at a hefty 4.5 kilos (about 10 pounds). Then again, imagine the looks you’ll get at Internet cafes and airport lounges when you whip out this beast of a computer. The rest of the specs are more than adequate too.