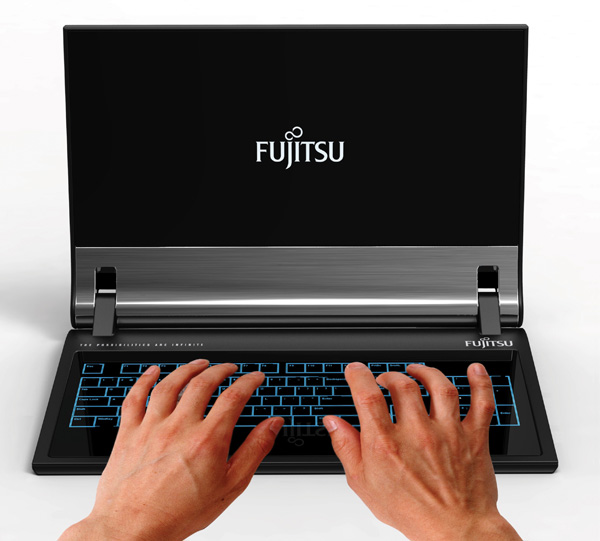 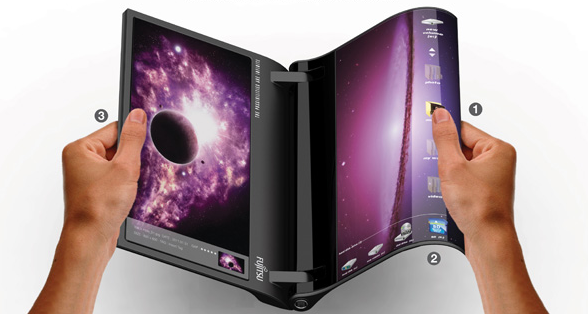 You know how that Acer Iconia tablet does the dual touchscreen thing? This Fujitsu laptop concept takes that idea to another level, because the top display would be constructed with a flexible material, allowing you to bend and flex it to your heart’s desire.

Naturally, the concept is not officially endorsed by the folks at Fujitsu and it just comes by way of Yanko Design. Even so, the idea of having bendable AMOLED screens is moving closer toward the realm of commercial viability. This is just an idea, but it means that you can curve the screen when you want to view it at certain angles, for example.

Another example that the designer uses is to hold the notebook like a book. You then “flip” through the various pages of an e-book or a folder, thumbing it through it as if it had physical pages. I’m not sold on this as a concept, but it would certainly make for quite the novel form factor. And I think that’s just the thing: it’d be novel. I’m not sure it would be useful enough for anyone to actually want it. But hey, innovation is always a good thing.