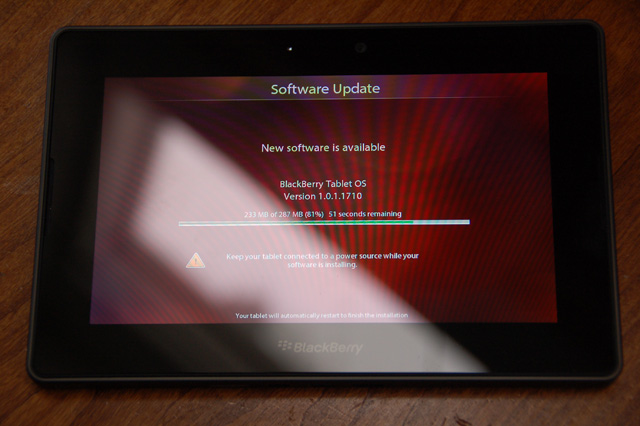 You can tell that Research in Motion rushed the BlackBerry PlayBook to market. They didn’t want to miss the wave, so they released a product that wasn’t quite finished yet. Despite being out for just three months, the PlayBook is set to receive its fourth official update. And this is a good one too.

The newest update from RIM offers several new functions and features. First, you can now do the pinch-to-zoom thing while watching videos. That’s not a huge deal, but I think it’s a nifty addition. You can also finally view your photos in portrait mode, save attachments to your SD card or your phone’s internal memory, and go international with support for 15 additional languages.

For the corporate and business crowd, it’s also great to see that you can finally extract those ZIP files that your colleagues have been sending you via e-mail. You will need to use Bridge and port from your BlackBerry smartphone, but at least you can see what Joe from accounting means when he refers to the 15 TPS reports he just sent you.

This is the V1.0.7 update, and unfortunately it’s been stalled. Blackberry yanked it down and posted an explanation on Twitter, “Some users were experiencing issues with Bridge & 1.0.7. We expect to release an update with a fix later this week.” Sounds like Blackberry rushed this update too.