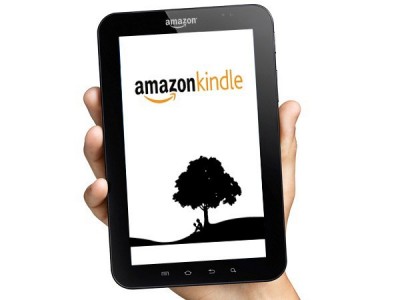 For a while there, we were told that the Amazon Kindle and the Apple iPad were two distinctly different products, going after two distinctly different segments of the market. Then, people started reading more e-books through the iPad and they may have strayed away from the e-ink wonder of the Kindle. Now, Amazon is prepping to recapture that audience with a real tablet of its own.

This follows the recent news about Google’s initial foray into the e-book reader market with the iRiver Story HD, so I guess Amazon is starting to feel threatened on all sorts of fronts. Whatever the case, people are saying that an Amazon-branded tablet device is being geared for October. The irony is that Amazon could very well go with Android for its tablet… considering Google just stepped into its turf with the Story HD and, even before that, the rise of Google Books.

And let’s not forget about that tussle over the use of “App Store” by Amazon too. Again, ironic considering that there is a Kindle App for the iPad to boot. You’re partners and competitors, all at the same time. Somehow, I don’t anticipate the Amazon tablet to be a huge success, but if it can capture the same kind of attention as the Android-powered Nook Color, that might be good enough.