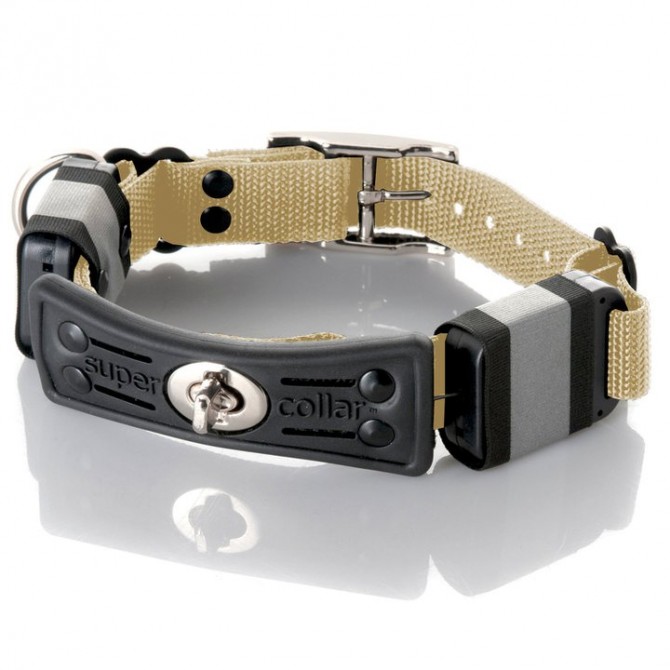 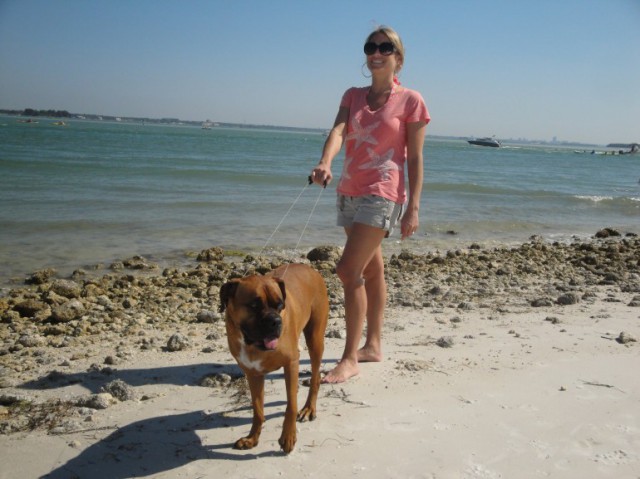 So, you’re at the park with your pooch and you want to let Fido off his leash for some frisbee action. At the same time, you want to be able to do the leash thing on a moment’s notice. The Supercollar could be just the ticket in this instance.

At first glance, it just looks like a somewhat rugged collar for a dog. However, the polypropylene collar actually houses a retractable leash. Toward the back portion, you’ll find that you can unlock the handle and pull out the coated steel cables, effectively giving you a three-foot leash on two lines. They’re thin, but each of these cables is said to have a breaking strength of over 100 pounds. 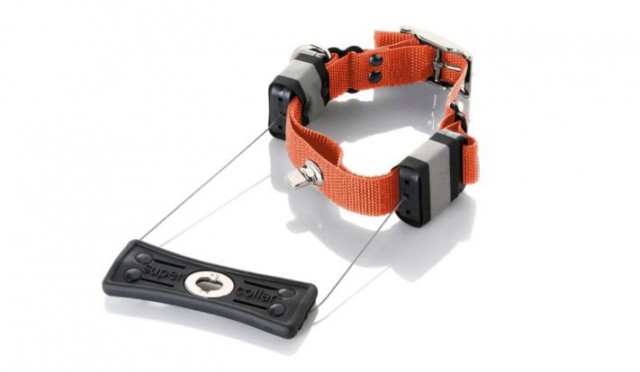 If Fido is a powerful Rottie rather than a little Pom, you might have some concerns about him pulling a little too hard. Otherwise, the combined 200+ pounds of strength should suffice. It also helps that the retractors have “dirt and debris flushing technology” to go along with being waterproof. You wouldn’t want gunk getting in there and messing with the lines.

Under many instances, you’ll want a leash that’s longer than three feet, but this could be pretty useful when in off-leash parks or when traveling and you don’t want to worry about both collar and leash. Find it for $49.95 at Supercollar.com. You can even watch someone pulling a car with it two minutes into the company’s promotional video.