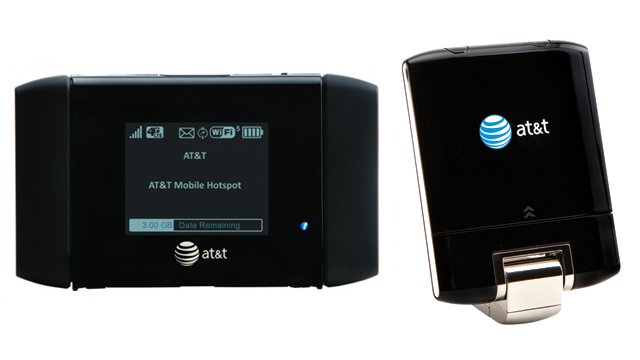 You know how AT&T has been crippling 4G access on 4G capable devices? And even then, it’s not really 4G, because it’s just HSPA? Well, the spinning blue globe has finally turned itself around, because it is revealing its first 4G LTE devices.

Without getting into the technicalities of how LTE is arguably only 3.9G, let’s look at the glass as being half full. Finally, AT&T will have some LTE devices to go along with its recently deployed LTE network. That’s the good news. Unfortunately, they’re not smartphones. Instead, we are treated to the Momentum 4G and Elevate 4G.

The former is a laptop card that’ll give your notebook the blazing 4G speeds you need while on the go, while the latter is a mobile hotspot. Both latch onto the LTE network, which is supposed to be three times faster than their current faux-G network and up to 10 times faster than 3G.

The Momentum 4G ($50) and Elevate 4G ($70) will be available exclusively on two-year contracts. Somehow, I doubt they’ll be doing the unlimited data thing, so all this could mean is that you’ll rack up your charges more quickly.