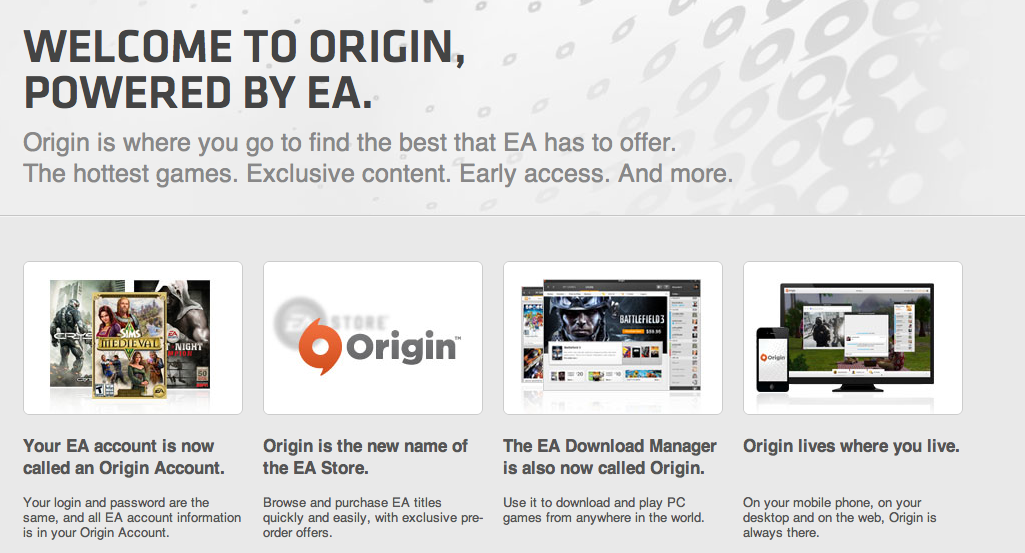 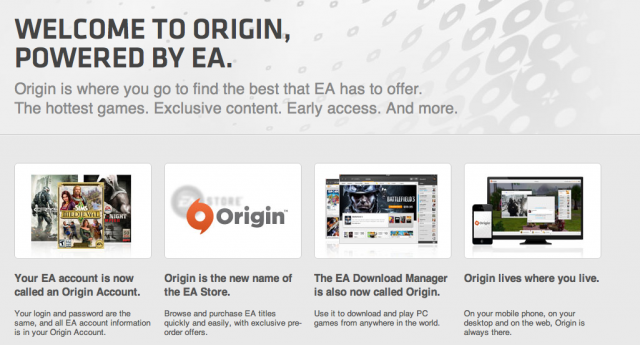 With Origin, you can purchase and download your EA games directly from their store, but it also means that you can challenge your Origin-connected friends to see who gets the highest score in certain games. The social network would also allow you to play these games with your friends in real time, but the kicker is that they don’t have to be on the same platform.

You could be playing Scrabble on your iPhone, while friend A has it on his PC and friend B has it on her Galaxy S. That’s awesome. What’s more, your saved files are stored in the cloud. You can start a game on your iPad while riding the subway, but continue it on your computer when you get home from work.  Whether this would ring true for any free apps you download, or they would have to be specifically developed for the Origin game network.  That would remove many hot titles from the equation.

One of the challenges that EA will have to face is getting this approved by Apple. After all, if you can buy your games directly through Origin, you’re skipping the iTunes App Store and Steve isn’t getting his cut of the profits.