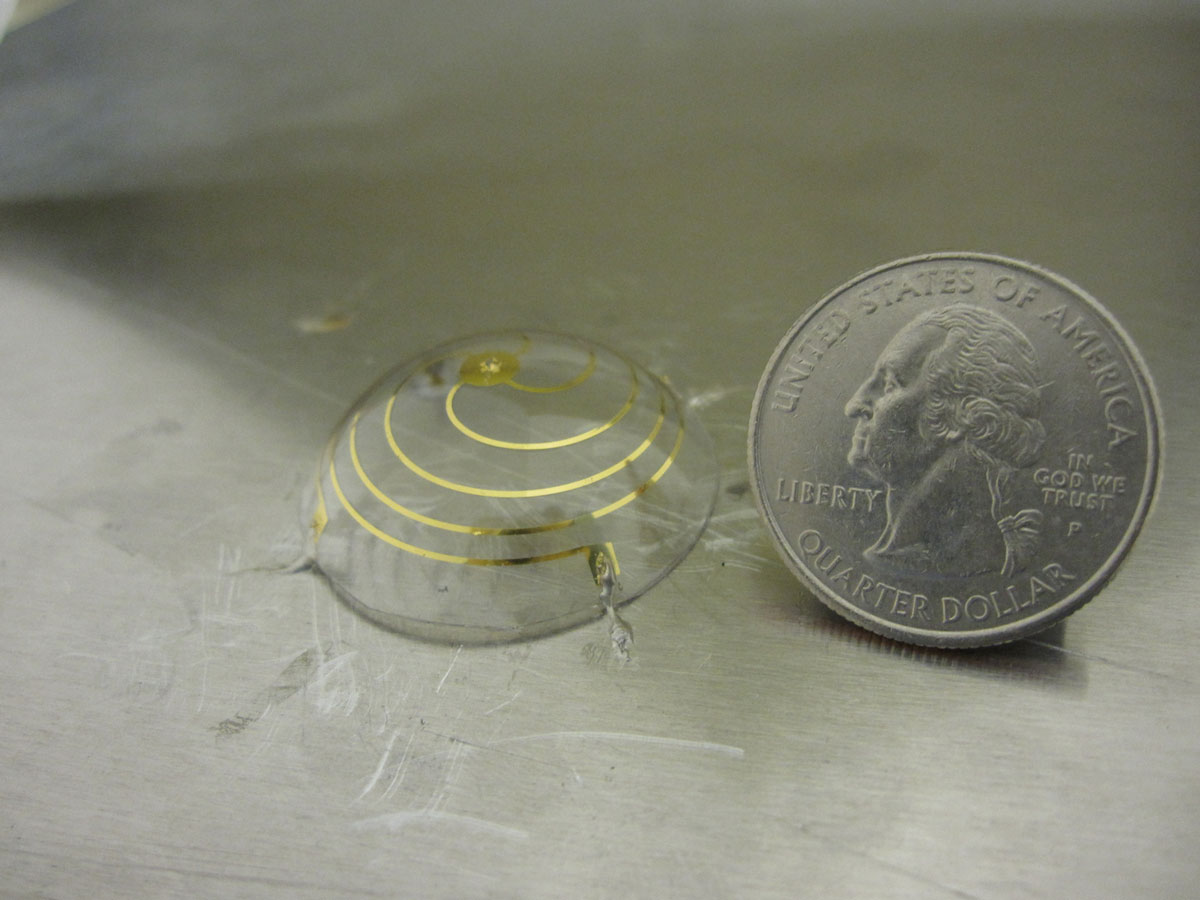 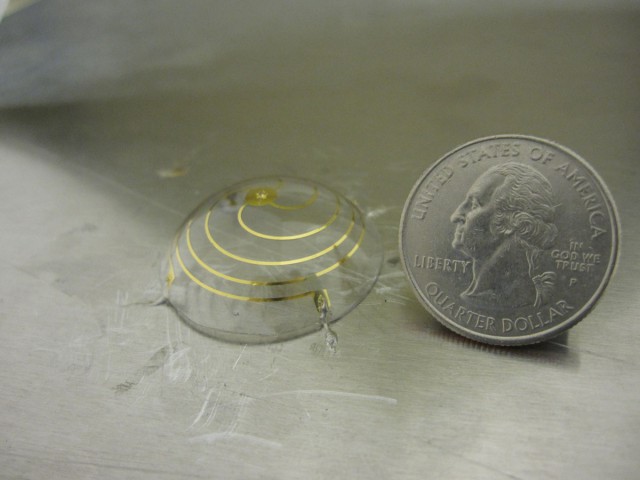 The antenna is usually the largest wireless component in a cellphone, unless you own a smartphone. Then it’s the screen. While no one wants a smaller screen, shrinking the phone’s antenna could pave the way for even smaller phones and consumer electronics, according to engineering researchers at the University of Michigan. They’ve managed to produce a significantly smaller antenna that has the potential to be mass produced.

Just how much smaller is the antenna? Well, it’s about ten times smaller than the norm. The hemisphere-shaped antenna is currently 70 percent efficient and operates at 1.5 gigahertz, which is in the frequency range of WiFi devices as well as cordless and mobile phones. Even better, it can be made faster and cheaper with imprint processing techniques.

“It can be used to fabricate antennas that are of a wide variety of sizes, shapes, frequencies, and designs,” said Carl Pfeiffer, a doctoral student in the Department of Electrical Engineering and Computer Science and first author of a paper on the work. “Basically if you tell me the data rate that is required for a particular application, I can make an antenna that does this while at the same time being as small as possible.”

We’ll see how soon they can get this on the market, as it will surely add fuel to the Apple vs. Android smartphone war, as all companies continue to scramble to come up with the smallest/thinnest smartphone using this new technology.