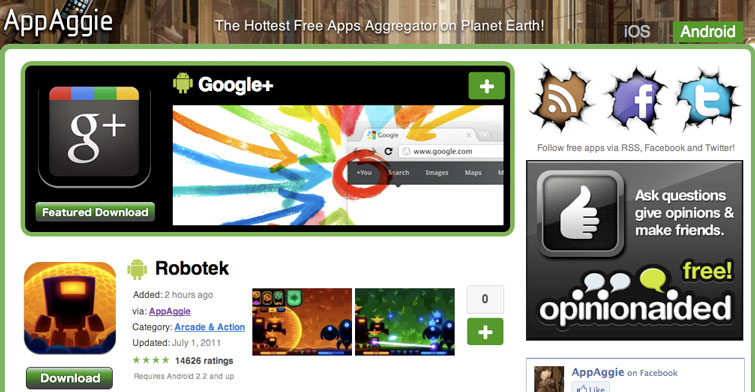 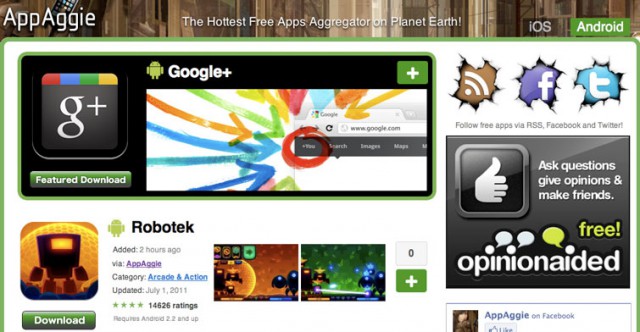 The “free” section on Android Market only takes you so far. There are plenty of gems out there that aren’t necessarily listed through that marketplace. If you want free apps on your Droid or iPhone, you now have another choice, AppAggie.

It’s not really a conventional app store, per se, because AppAggie is better described as a “free apps aggregator.” It looks for free apps around the web and gives you an opportunity to download them. For now, there is support for both iOS and Android, but it’s unclear if they’re going to expand to other platforms too.

The biggest difference is that every app in AppAggie is free. There’s likely some in-app advertisements, micro-transactions, or some other form of monetization, but the app itself is free. The apps are reasonably varied, ranging from social networking to weather, including a bunch of games. Remember that AppAggie isn’t providing the apps themselves; the links simply redirect you to the original source, be it iTunes, Android Market, or whatever else.