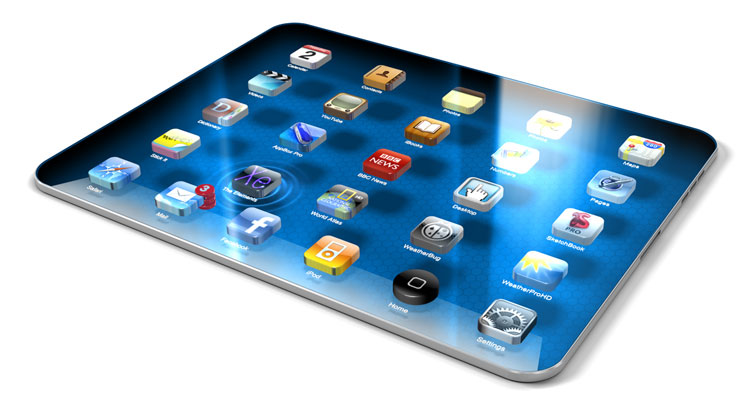 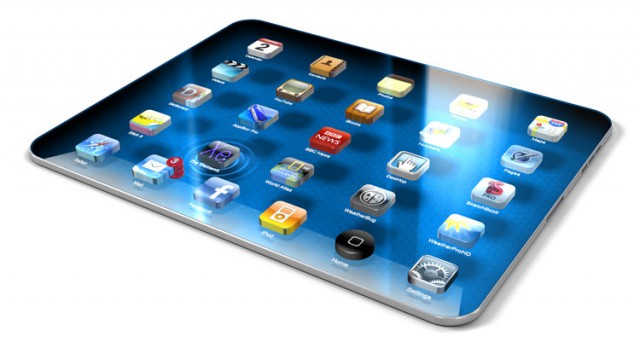 We’re still waiting on Steve Jobs and the rest of the iCrew to formally announce the new iPhone 5, but it seems that more and more concepts are starting to emerge for the inevitable iPad 3 as well. Some upgrades are to be expected, but this mockup is really quite the beauty.

Let’s preface this by saying that, this mockup is highly unofficial and will most probably not even nearly represent what the final third-generation tablet from Apple will look like. That said, it is in line with several of the possible rumors for the iPad 3, including an edge-to-edge display that could be similar to the edge-to-edge we’re hearing for the iPhone 5.

But this display could be different. Yes, if the iPhone 5 rumors hold up, the edge-to-edge screen would mean virtually no bezel, as well as the absense of the physical home button. The two kickers here are that the display could be 3D, including 3D apps, and it could be AMOLED. The latter screams out a Samsung supply chain, but the two companies are still butting heads over other problems.

If this “iPad 3 mockup” really turns out to be representative of the final iPad 3 product, I’m sure even the non-iFans (myself included) will have to appreciate its beauty. Super thin chassis, edge-to-edge AMOLED 3D screen, A6 quad core processor? Stunning. Simply stunning.