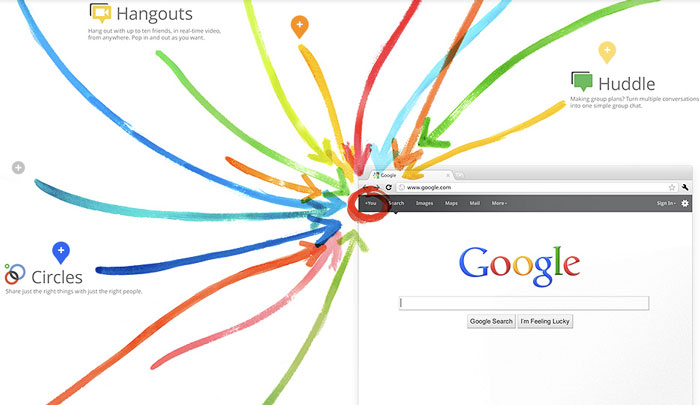 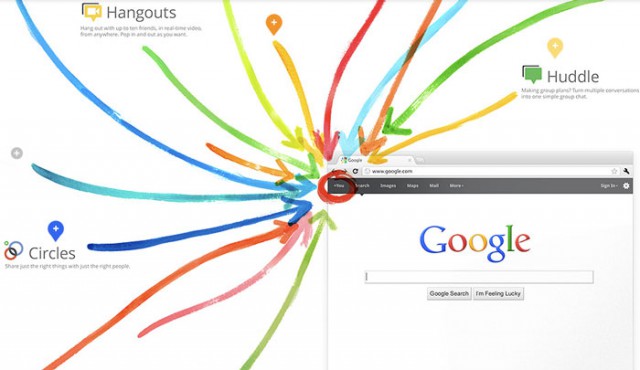 Google+ is the company’s attempt at a social networking website, and with the sneak peak given on their website, I think they have the potential to dominate the social networking scene and crush Facebook. Here are some of the highlights.

Circles lets you organize a group of people into one circle, whether its your weekly poker group, study buddies, family or employees. Then you can share content with the right people, and keep your boss from seeing the photos of you passed out on the floor while cradling a bottle of tequila. Sounds unbelievably convenient, unlike Facebook where you have to customize every single photo album to keep the people who wouldn’t approve of your night out from seeing it.

This feature allows you to keep categories of things you find interesting, and then shows you videos, articles and pictures relating to that topic. So if you’re a rock climbing fan, you can save a rock climbing category, and Google+ will show you a bunch of results. You can scroll through and see Lynn Hill’s epic first free ascent of El Capitan in Yosemite, then click “share” and show it to the circle of people you want. Your friends can even click Google’s +1 button to show they “like” it.

Hangouts lets you talk video to video with a group of people. You can live video chat a brainstorming session with your circle of employees, or spend some time catching up with your big group of cousins in Europe.

Sounds good, right? Though things are looking pretty sweet so far, Google+ shines in its features for mobile. With more and more people using their phones to check and update their profiles, Google has realized they hold the potential to squash Facebook with awesome mobile features for Google+.

You’ve shot a hilarious video of a seagull stealing someone’s iPhone, and you want to share it right away. Filming it is easy, but putting it online is another story. Instant Upload does it for you. It uploads your photos and videos, and then you choose which ones you’ll display on Google+ and which circle you’ll show it to. Awesome.

You’re trying to coordinate a movie time with four of your friends. Texting them individually is way too time-consuming. Wouldn’t it be great if you could text them all at once, and they could reply to you and everyone else in the same group at the same? Huddle is a group chat for your cellphone. No more sore thumbs, and better planning.

Google+ is currently in a limited field trial, which has exceeded its capacity, but you can leave your email and Google will let you know when they’re ready to send out more invites.