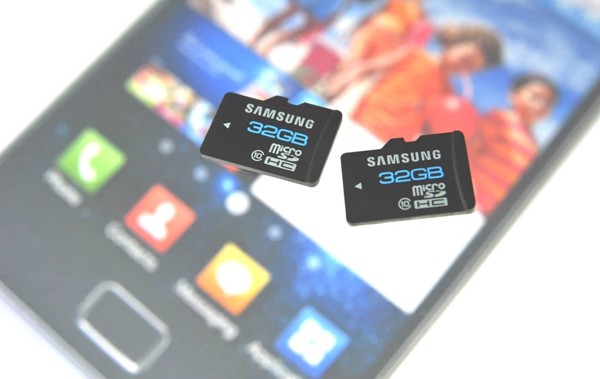 We use a lot more microSD cards today than we did just a few years ago. They’re showing up as the memory expansion card of choice for smartphones, tablets, and even some slim laptops and digital cameras. So, it only makes sense that we want more speed and more space on these thumbnail-sized cards. Samsung aims to deliver.

They’ve just announced a new class 10 microSD card that is being aimed squarely on the smartphone market. Remember that we’re using these smartphones, like those powered by Nvidia Tegra2, to watch high definition video and other demanding multimedia content. A slow card just doesn’t cut the mustard anymore.

Samsung isn’t the first to do the class 10 thing with microSD cards, though, since Kingston already beat the Korean megagiant to the punch. Even so, Samsung is happy to announce that the 32GB card will read at up to 24MB/s and write at up to 12MB/s. The read speed easily beats the minimum 10MB/s needed for class 10 certification.

The 32GB will be the first offering and, considering that Kingston’s equivalent sells for about $80, I’d imagine Samsung’s will be similar. A 64GB class 10 microSD is being planned for early next year too.