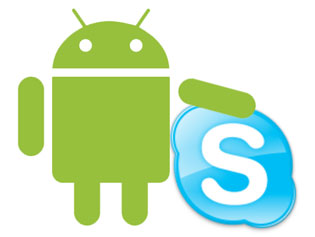 Apple’s FaceTime video-calling service is exclusively for iPhone users, along with owners of the iPad 2 tablet and Mac computers. Google wants to join the video-calling club to compete with Apple, so Android users will be able to make free video calls using Skype. With the new Android Skype app, users can make free one-to-one video calls between Android phones, iPhones, Mac computers, Microsoft Windows PCs and televisions. That means you don’t have to own an Apple product to contact someone using an Apple product, so Google has one over Apple.

The first Android handsets to support Skype video calling are the HTC Desire 5, Sony Ericsson Xperia neo, Sony Ericsson Xperia pro and the Google Nexus S. The service will eventually extend to other devices. Skype is being bought by Microsoft for $8.5 billion, so video calling could also help Microsoft promote its Windows Phone smartphone platform.

Skype had an average of 145 million connected users per month in the fourth quarter of 2010. Together, they made 207 billion minutes of calls in 2010, about 42 per cent of which was video calls. In January 2011, after the release of video calling on the Skype client for iPhone, Skype reached a record 27 million simultaneous online users, which was surpassed at the end of March with 30 million online users. The video calling industry is growing, and Google wants to make sure they’ve got a competitive edge against Apple.