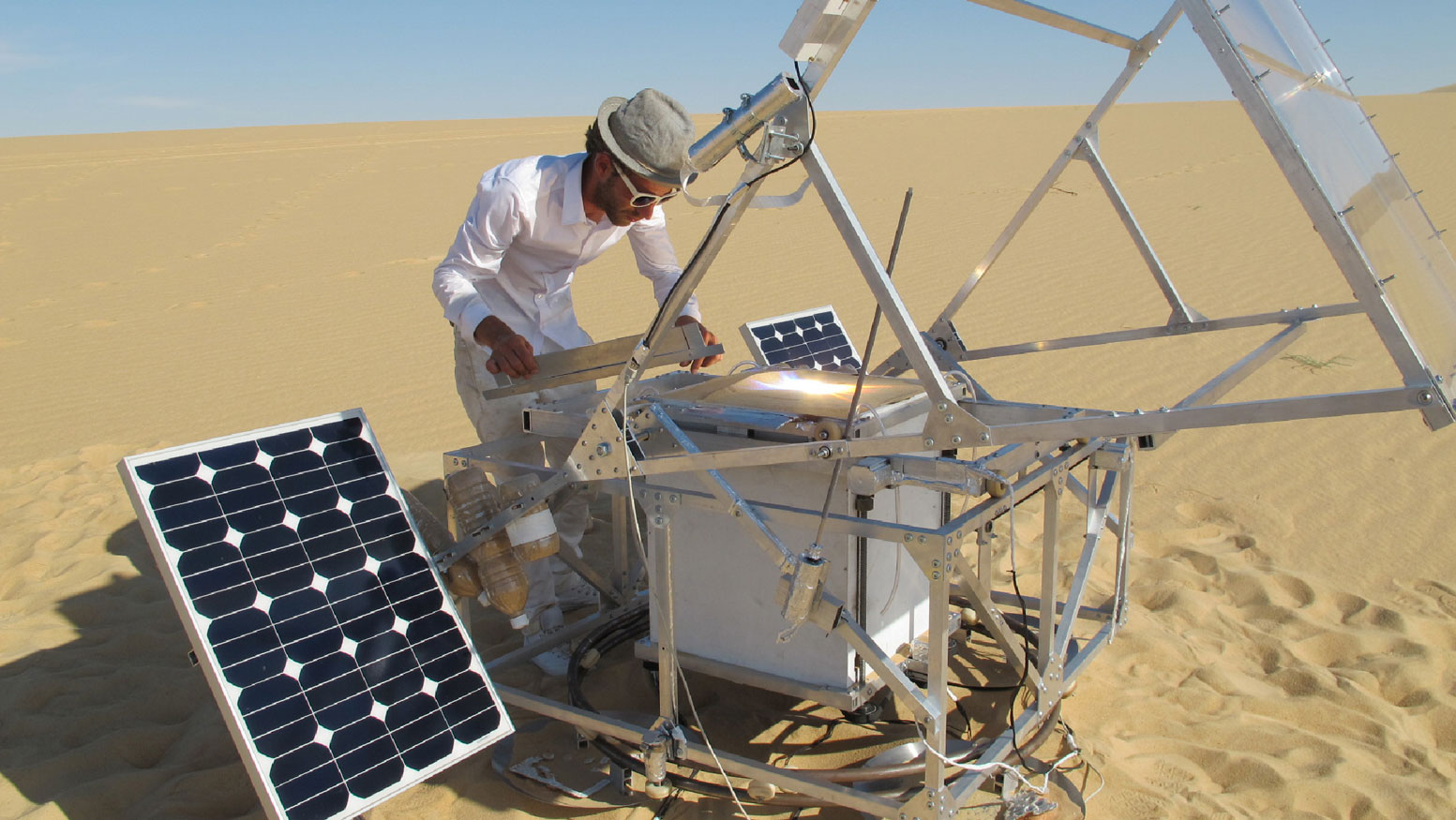 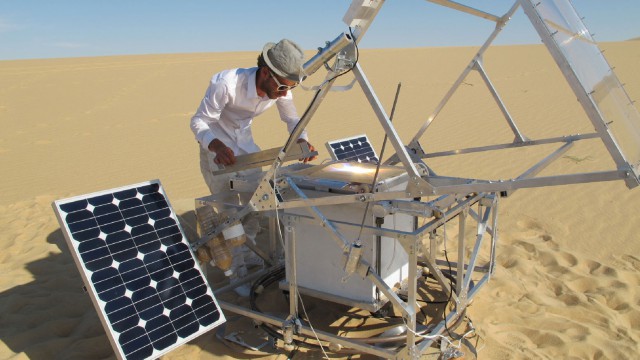 3D printers are getting better and better. They tend to use materials like resin or ABS plastic, but what if the printers used two widely available resources in the desert, like sun and sand? Markus Kayser, a MA student at the Royal College of Art, has done just that. The “Solar-Sinter” is powered by the sun via two photovoltaic panels, and it focuses the sun’s rays to heat sand to its melting point so that it solidifies as glass when it cools. Then the fully automated device creates a glass object from a 3D computer design.

The device is based on Kayser’s previous solar-powered machine called the “Sun-Cutter.” The device used a sun-powered laser to cut two-dimensional shapes into thin sheets of plywood. Testing the Sun-Cutter in the Egyptian desert led Kayser to the idea of the Solar-Sinter. Traditional 3D printers use lasers to melt and soften the resin or plastic powder, until the particles get sintered together. Kayser decided to try using the sun’s rays instead of a laser and sand instead of resin. The device uses a large Fresnel lens to focus the sun’s rays onto the sand. When one layer is completed, the platform drops down to allow for the sintering of the next layer, and so on until the object is completed. Check out the device in action in the video.