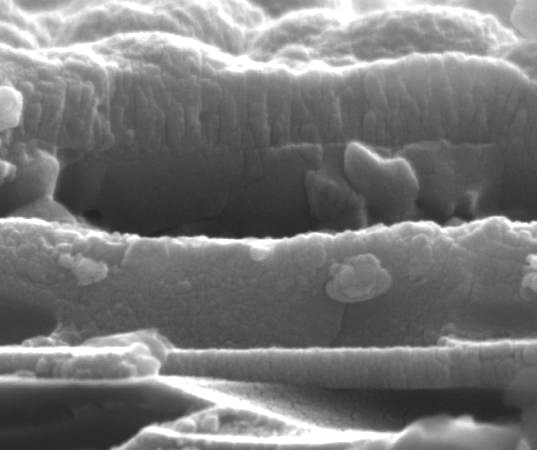 3D printers nowadays are pretty impressive. They can print off keys, bathing suits, jewelry, even glass bowls using sand.  Where have a brilliant team of engineers from Oregon State University decided to take 3D printing? The researches claim to have managed to print solar cells using inkjet printing.  They also say that their process reduces raw material waste by 90 per cent, which significantly lowers the cost of producing solar cells with present day technolgoy. Some of the materials used for more advanced solar cells, such as indium, are very expensive and can’t afford to be wasted. The researchers focused on a compound named chalcopyrite, or “CIGS” for the copper, indium, gallium and selenium elements of which it’s composed. It is perfectly suited for thin-film solar cells, and using it results in little waste. A layer of chalcopyrite one or two microns thick has the ability to capture the energy the photon energy of the sun about as efficiently as a 50-micron-thick layer made with silicon.

Using inkjet technology, the team was able to print out CIGS-based solar cells that could convert light into power with an efficiency of five per cent. While still not yet enough to power a modern solar panel, the researchers are working on improving the efficiency. It’d be pretty awesome if a row of inkjet printers could churn out affordable solar cells. While we won’t see the printers at Staples anytime soon, the scientists are working on achieving an efficiency of 12 per cent, which would compete with modern solar cells.  Why not break that standard too?