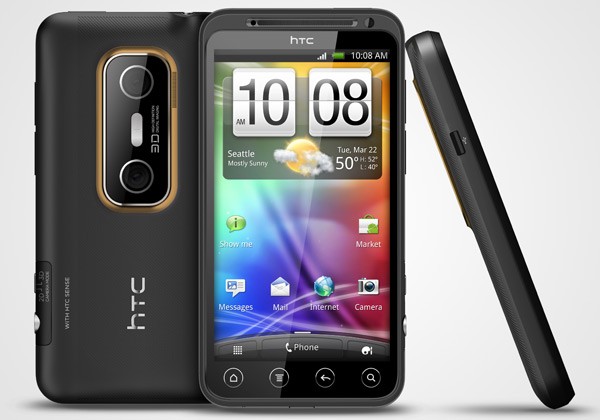 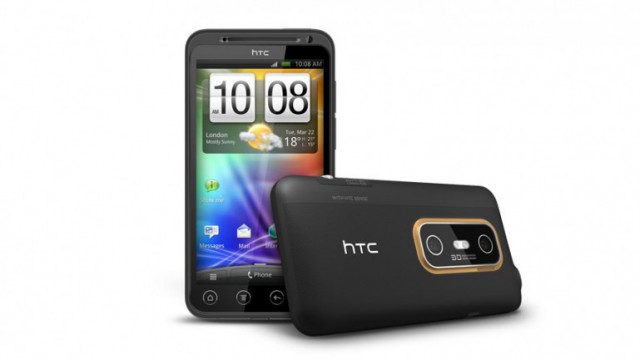 The smartphone was originally announced back in March and while it doesn’t look terribly different than other Android smartphones from HTC, it boasts that same kind of glasses-free 3D viewing that you’d find on LG Optimus 3D and, more recently, the Brando Gadmei P83. It just doesn’t make sense to have some clunky 3D glasses in tow when you want to watch videos and view photos on your cell phone, right?

As far as the specs go, you get a dual-lens camera on the back for shooting 3D content (up to 2MP stills and 720p 30fps HD video), 1.2GHz Qualcomm Snapdragon dual-core processor, 1GB RAM, Android 2.3 Gingerbread, and a 4.3-inch qHD display. The camera has a tilt-shift feature as well. The 3D-ness extends beyond photos and videos too, as they’ve refreshed HTC Sense UI to include 3D menus, an active lockscreen, and a 3D weather app with 3D animations.

Sprint has the exclusive on the HTC EVO 3D in the United States and that version boasts WiMAX connectivity. Expect it to sell for $199 on a two-year contract. Over on the other side of the pond, Vodafone UK has confirmed it’ll nab the EVO 3D, but other European carriers will likely get it too. In lieu of WiMAX, Euro folk will get the usual combo of Wi-Fi and 3G.