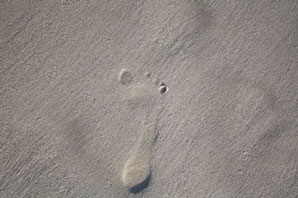 Millions of people die from preventable waterborne diseases each year. Researchers have been trying to find a simple and cost-effective way to purify water for the estimated 1.1 billion people in the world who do not have access to clean drinking water. A team of researchers at Rice University in Texas hope they’ve found a solution in “super sand,” which is sand coated in an oxide of graphite. While sand has long been used to purify water, super sand can do it much more quickly and effectively than regular sand.

A problem the researchers ran into was that regular coarse sand is a lot less effective than fine sand when filtering contaminated water. However, the issue with fine sand is that water drains through it very slowly. The researchers tried to get the best of both worlds by dispersing graphite oxide into water and mixing it with regular sand. The mix was then heated up to 105 C for a couple of hours to get rid of the excess water, and out came the coated super sand to the rescue.

To test out the coated sand, the researchers ran two model contaminants through it, including mercury at 400 parts per billion and Rhodamine B dye at 10 parts per million. The coarse sand’s adsorption capacity of mercury was saturated within 10 minutes, and continued removing mercury for more than 50 minutes and resulted in filtered water with less than one part per billion. Luckily, the Environmental Protection Agency’s maximum contaminant level goal for mercury in drinking water is two parts per billion, meaning the water was safe to drink. Results for water treated with the Rhodamine B dye were similar.

The great thing about sand and graphite is they are both widely available and cheap. Sand is particularly easy to get in scorching Sub-Saharan Africa, where clean drinking water is badly needed. Only 60 per cent of the population there use improved sources of drinking-water, according to the World Health Organization. The graphite could easily come from the waste produced by graphite mining companies, which still contains a significant amount of graphite.