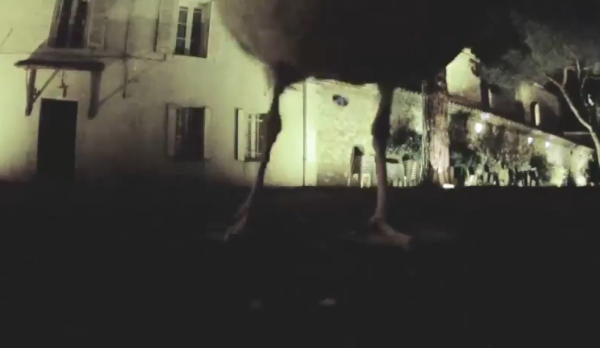 Some Youtuber decided to put his GoPro on the ground to tie his shoelaces or something, when a seagull ran towards him at that very moment and somehow managed to latch onto the camera and take off into the night sky. Conveniently, opica1983 had left the camera running, prepare for rooftops and two blocks of Cannes, France seagull style.

It’s surprising that the seagull didn’t drop the camera but landed with it on some castle.  Then he began poking the thing around and yelling like a crazy seagull thief taunting his victim as he runs off with her purse.  He probably figured out that the camera wasn’t edible and flew away.

This isn’t the first act of animal curiosity, in May, a video surfaced showing a lioness licking and chewing on a filmographers camera. Then picking it up and carrying it off into the savannah. The lioness set the undamaged camera down not too far from the photographer. The photographer raved at how “it kept on filming all the time it was in the lion’s mouth.” Whether it’s a viral commercial attempt by the camera manufacturer to show how tough and resilient their cameras are, or an actual theft by  cunning animals remains to be known.