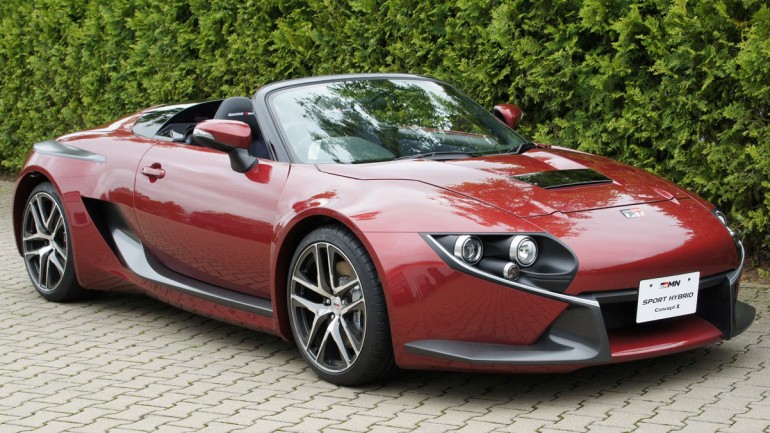 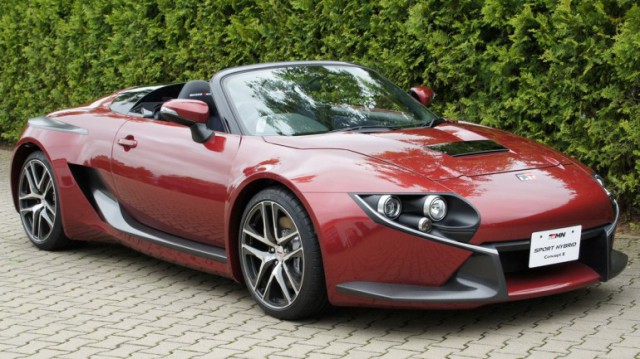 It’s called the Toyota GRMN Sports Concept II and, based on its AWD system, I think it could be part of that partnership that Toyota forged with Subaru. I’m not sure how the GRMN (German?) factors into that, though, since both companies are Japanese. They say it stands for “GAZOO Racing tuned by Master of Nurburgring.” The Master of Nurburgring is the late Hiromu Naruse, head of GAZOO Racing and a former test driver for Toyota.

That said, there’s no boxer engine under the hood (maybe it has nothing to do with Subaru after all). Instead, they’ve opted for a 245bhp 3.5L V6 located centrally. That is dedicated to the rear wheels, while the front wheels are driven entirely by an electric motor. And yes, it’s a roadster. And yes, it looks very hot.

Now we have to ask: is this just a concept car or is the second coming of the Toyota MR-2/MR-S? It can’t be the new Supra, since the Lexus LF-A is more their supercar schtick.