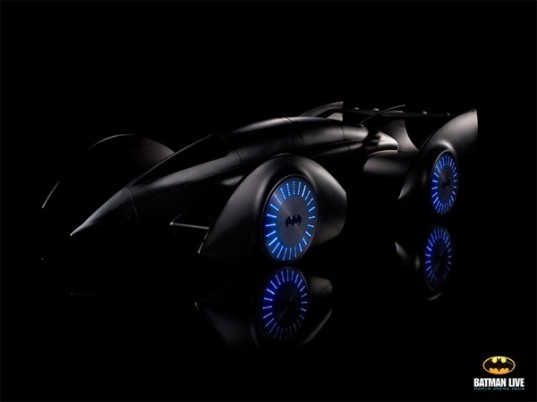 Finally, Batman is going green. Trading in his jet turbine powered Batmobile for an eco-friendly upgrade from UK designer Gordon Murray. Unfortunately, this pimped-out Batmobile won’t be in the upcoming Christopher Nolan film, The Dark Knight Rises. Though it would give a highlight to hydrogen fuel cell technology, Christian Bale won’t be driving it around the Gotham set. The car will be used in the Batman Live World Arena Tour, which is a broadway show featuring the Caped Crusader and all the DC supervillians that have it in for him. The show starts in the UK this summer.

In 1998, Murray designed the world’s fastest naturally-aspirated production car; meaning the car used atmospheric pressure to increase the intake of air for combustion. The McLaren F1 went up to speeds of 240mph, and its sleek design inspired the new Batmobile.   On the flip side of the scale, Murray crafted the eco T25 and T27, an 80mpg Smart car made of pop bottles, and an electric vehicle with a range of 80-100 km.

The Batmobile concept features a carbon-fiber body, and is powered by a hydrogen fuel cell and a brace of lithium-ion batteries. It even gets Tron light cycle-like neon lights. If you were a big fan of the rough and tough milspec design from Batman Begins, this contoured bullet shaped design may be a little too fast and furious for you. Maybe Christopher Nolan would consider the production of an eco-friendly Tumbler, sans Tron.