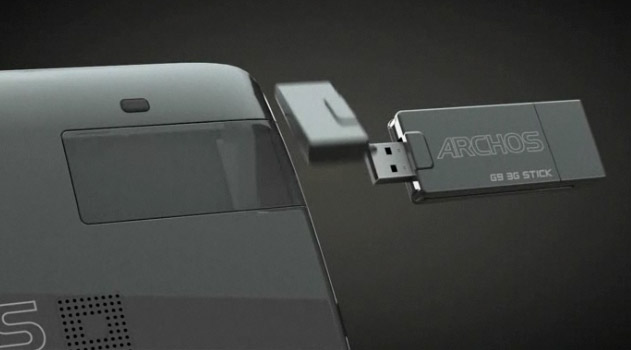 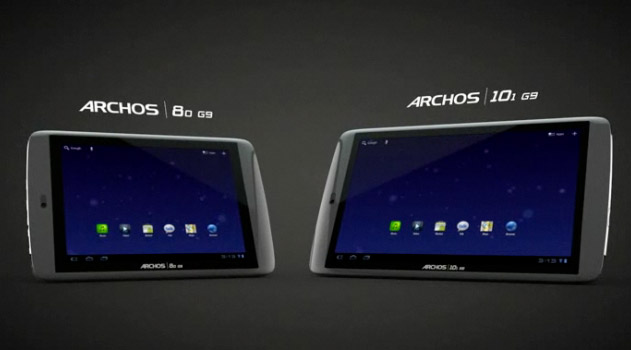 Even though Archos was already well established in tablets before Apple came around and popularized the format, the company has fallen a little bit behind the competition lately. That has now changed with announcement of the Archos G9 tablet range, because they are said to be the fastest.

The Archos 80 G9 and Archos 101 G9 come equipped with 8-inch and 10-inch displays, respectively, but both get their juice via an OMAP 4 processor with an ARM Cortex A9 dual-core chip running at 1.5GHz. That’s some serious performance, considering that it’s the same kind of power running your full laptop not that long ago. They say this offers 50% more raw computational power than Tegra2 at 1GHz. They’re backing it up with a 250GB HDD from Seagate to boot.

The other knock I had against Archos? Their Android tablets were still only running blown-up smartphone operating systems. The G9 changes that too, as they’ve bumped their way up to Android 3.1 Honeycomb. This includes full access to Android Market, as well as Flash support. Also, the G9 will work with a standard PC 3G stick for wireless connectivity and the $49 Archos G9 3G Stick “has been specially designed to fit perfectly into the back of any G9 tablet.”

With real Honeycomb, real Android Market access, and some real performance, you’d think that Archos would price the G9 tablets in line with the Xooms and Eee Pads of the world. Well, they’ve gone cheaper. The Archos 80 G9 starts at $279 and the Archos 101 G9 starts at $349. Look for them this September.

DENVER, CO – June 23, 2011 – Today, ARCHOS, an award winning technology innovator and pioneer in the tablet market, introduces an unrivaled combination of speed and storage with its latest tablets featuring an OMAP 4 processor with an ARM® Cortex™ dual-core A9 running at 1.5 GHz and Seagate’s 250GB Hard Disk Drive (HDD) capacity.

Additionally, the G9 tablets feature a unique 3G ready solution where customers no longer need to choose between WiFi and 3G models at purchase. ARCHOS 3G Stick is a standard 3G stick for laptops which has been designed to be compatible with all ARCHOS G9 tablets. All G9 tablets come with a concealed USB port on the back of the device that when paired with the ARCHOS 3G USB Stick will enable 3G connectivity.

ARCHOS have decided to push their G9 tablets even further by loading them out with a 1.5 GHz dual-core OMAP 4 processor from Texas Instruments™. With 50% more raw computational power, ARCHOS G9 tablets have the power needed for a great Android experience.

For example, with the 1.5 GHz OMAP 4 processor the ARCHOS G9 tablet enhance a user’s web browsing experience with page load time reduced by up to 50% over tablets running the Nvidia Tegra 2TM processor at 1 GHz.

All your HD multimedia in your hands or on TV

ARCHOS have replaced the standard multimedia apps with ARCHOS boosted apps for video and music to give to users more format compatibility and a unique user interface.

WiFi or 3G, no need to choose, it’s up to you whenever you want

With this innovative USB 3G stick, consumers will no longer have to choose between a WiFi and a 3G tablet at purchase. For just a $49 upgrade, the users can purchase the ARCHOS G9 3G Stick and start enjoying 3G connectivity on his ARCHOS tablet or PCs compared to other tablets where 3G modules add over $100 to the cost and there’s no option to add it later.

This cutting edge 3G stick offers one 3G solution for both a tablet and a laptop and uses just one data plan1. Offered as a Pay-As-You-Go Plan, there is no subscription required and the consumer need only pay for what they need when they need it.
Top performance, best value

ARCHOS is offering cutting-edge performance such as a more powerful and faster processor, unique 3G solution, enhanced multimedia experience and more storage capacity with the built-in 250GB HDD from Seagate.

ARCHOS are the first in the industry to offer a tablet with a hard drive, bringing 8 times more storage at the same cost of a standard 32GB tablet.

ARCHOS are also the first to offer such high performance at such affordable price, making ARCHOS G9 tablets the best cost-performance value.

The ARCHOS 80 G9 is the portable tablet with perfect size for web browsing, ebook and newspaper reading with its 8” 4:3 screen and a resolution of 1024 x 768.

Archos, pioneer in the portable audio and video player market, and now specialized in Android powered Internet Tablets, has repeatedly revolutionized the market for consumer electronics since 1988. Today, ARCHOS offers Internet Tablets, Tablet PCs and MP3/MP4 players. In 2000, ARCHOS launched the Jukebox 6000, the first MP3 player combined with a hard disk. Then in 2003 ARCHOS introduced the first portable multimedia players with TV recording. In 2006 Wi-Fi is implemented and then touch screens in 2007. In 2008, Archos launched the first generation Internet Tablets, and then the first ever Android powered tablets in 2009. ARCHOS has offices in the United States, Europe and Asia. ARCHOS is quoted on Compartment C of Eurolist, Euronext Paris, ISIN CodeFR0000182479. Website: www.archos.com.