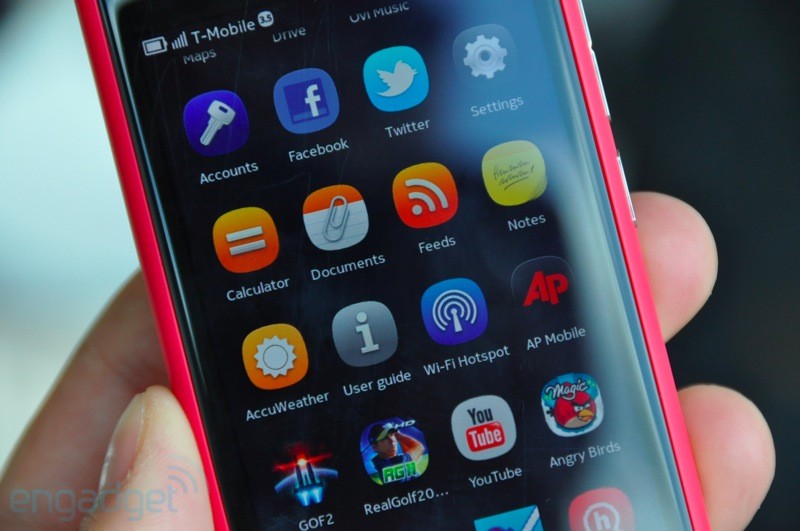 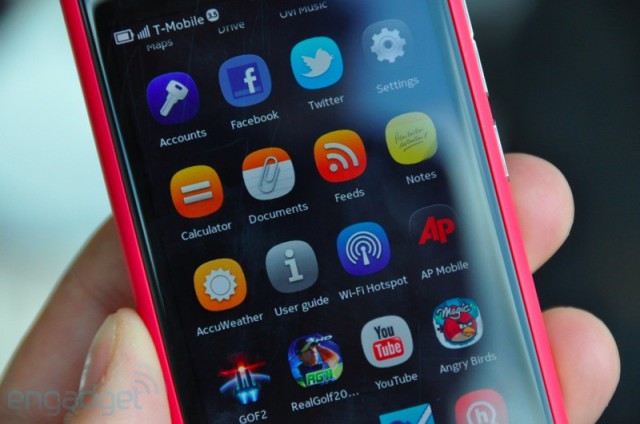 You know how Nokia is supposed to be doing the Windows Phone 7 thing with Microsoft these days? Well, they’re not quite ready to give up on their own platforms just yet either. It’s not Symbian, but the new Nokia N9 is hitting the streets with MeeGo instead of Windows.

As has become the modus operandi for the Finnish phonemaker lately, the Nokia N9 boasts some very svelte and very impressive hardware, but the software doesn’t quite capture us in quite the same way. The N9 comes equipped with a 3.9-inch curved AMOLED display, NFC support (pre-loaded with Angry Birds Magic), Ovi Maps, Gorilla Glass, 8MP camera with Carl Zeiss optics, and LED flash.

Going under the hood, we discover a 1GHz TI OMAP3630 SoC, 1GHz Cortex A8 CPU, PowerVR SGC530 GPU, and 1GB of RAM. That’s pretty powerful. Rounding up the specs are HSDPA, WiFi-n, Bluetooth 2.1, GPS, accelerometer, digital compass, and a microSIM slot. Strangely, there’s no microSD slot to expand the 16GB or 64GB of internal memory.

The styling on this slate-style phone is similar in some ways to the Nokia N8, but you get to pick from a few different colors for the polycarbonate unibody. No word on a launch date yet, but I think Nokia would have been better off focusing on its WP7 efforts instead.

The guys at engadget got some hands on time with the Meego N9, here are the comments and a video below:

The Clear Black AMOLED display is truly a sight to behold, with stunning viewing angles, a curved Gorilla Glass front, and some pretty excellent (for AMOLED) performance out in the sunlight. We compared it side by side with a Super LCD-equipped Incredible S and the N9 more than held its own. The screen is easily one of this new phone’s great strengths, though we’d argue the intuitive UI, responsiveness, and eye-catching industrial design are pretty high up on that list too. All in all, we’re highly impressed by what Nokia has put together here, though the N9 does beg the question as to why the company has opted against making MeeGo its long-term smartphone OS of choice.