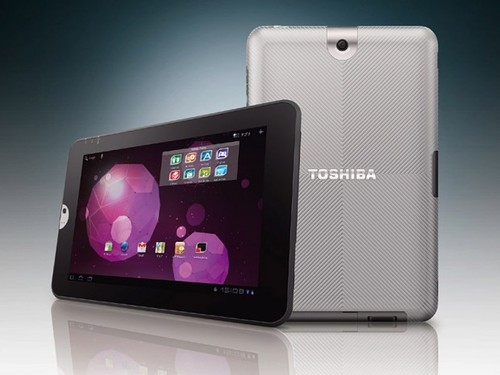 Initial words from Toshiba were that the Japan exclusive Regza AT300 tablet AT300/23C was supposed to be released this month with Android 3.0 Honeycomb. Unfortunately, according to the latest news,  Toshiba has cancelled that model in favor of an Android 3.1 inclusive AT300/24C model. The new Toshiba Regza AT300/24C is set to launch in Japan in July.

While Toshiba’s late change of plans might be frowned upon, Google’s update on the Android software might just make it worthwhile. The Android 3.1 Honeycomb has both increased performance as well as added new features. For example, Android 3.1 tablets with USB ports will offer support for USB connected joysticks and game-pads, possibly attracting more users who are interested in gaming with their tablet. Also, Android 3.1 added Google Movie access for renting new and old movies, buy-bye Netflix.

Unfortunately, except for the update in Android software versions, the Regza AT300/24C is the same as the AT300/23C. The two tablets both feature 10.1-inch 1280 × 800 capacitive touchscreens, dual-core NVIDIA Tegra 2 processing chips, 1GB of RAM, and 16GB of built-in storage, not to mention the fact that the Japan exclusive Regza tablets are similar to the global Toshiba Thrive tablets which should still ship this July.