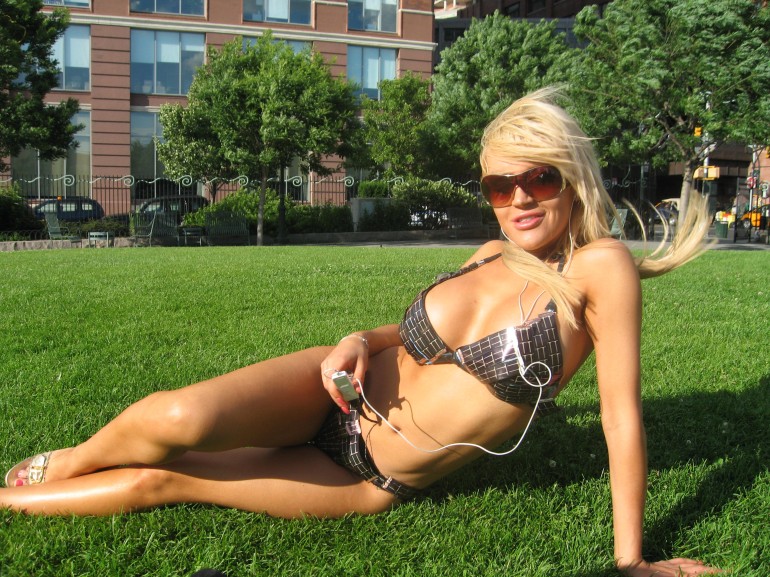 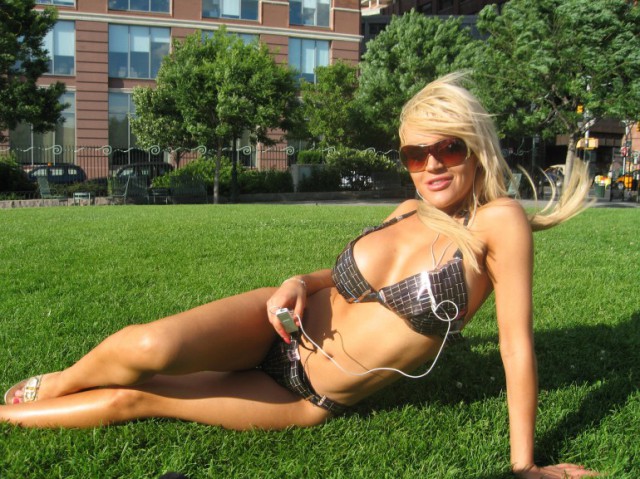 Those who can’t survive on the beach without their tunes might be interested in New York designer Andrew Schneider’s solar bikini. The bikini can charge a smartphone or media player while the wearer soaks up the sun. It’s now available for custom order on Solar Coterie. The bikini has 40 thin and flexible photovoltaic strips connected by conductive thread, which ends at a USB port. While it looks like it was patched together with a glue gun and a bunch of solar cells, the bikini will cost anywhere from US $500 to $1,500 and up.

As long as you don’t go in the water, you can charge your MP3 player at the beach. If you do go for a dip, make sure the MP3 player is not attached. Also, the bikini has to be completely dried before you try to charge it again, otherwise it won’t work. Though lounging in the sun isn’t the best idea. According to the Skin Cancer Foundation, about 90 per cent of non-melanoma skin cancers and 65 per cent of melanomas are associated with exposure to UV radiation from the sun. And sunscreen alone doesn’t cut it. You should lounge in the shade, wear long-sleeves and pants, wear UV-blocking sunglasses and avoiding tanning booths. Someone needs to tell that to the girl in the bikini.

Considering how little of a surface area a bikini has, it’s curious Schneider didn’t create a one-piece bathing suit. Men interested in this technology might see their own version of solar swimwear that powers MP3 players, as the designer is currently building and testing prototypes for the iDrink, solar shorts that can power a small drinks chiller. There should be enough surface to chill a beer, provided the shorts aren’t those small spandex shorts they like to wear in Europe. We think this energy would have been better directed at a solar umbrella or something more practical.