A computer virus can make your computer do bad things you dont want it to do. They even cause millions of dollars in damage and waste network bandwidth. It’s about time we fight back against the people who make viruses and Japan is leading the charge with a new law.

Recently enacted by the Japanese parliament, the law would punish the people who are creating viruses, but also those who are willfully distributing them. If you create or spread a computer virus “with no justifiable reason,” you could be hit with up to three years in prison or up to 500,000 yen (US$6,200) in fines. If you’re just storing a virus, you could still get hit with two years in jail or a 300,000 yen fine; that obviously doesn’t include storing it from an infected state.

It’s debatable what is considered a justifiable reason. Ask the anarchists and they’ll say their reasons are even more justified than others. This is where the privacy and freedom of speech people come into the picture, opposing the new law and saying that it could give the police too much power. With it in place, law enforcement officials can seize email communications of suspects from their ISPs.

Given the international nature of cybercrime, it’s going to be tough to crack down on these virus makers. The hope is that the new law in Japan will get us closer to at least minimizing these kinds of malicious attacks. 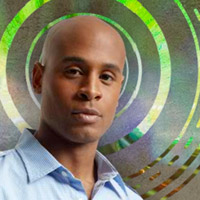