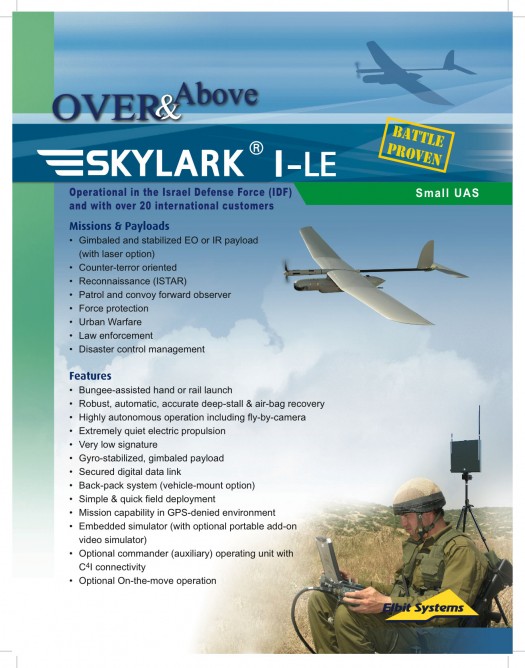 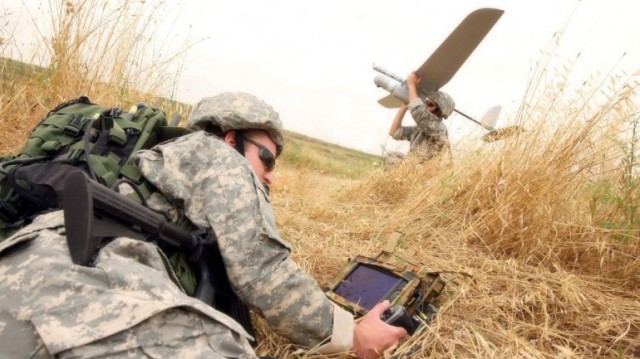 Israeli defense electronics manufacturer Elbit has recently tested a new Forward Ground Control Station strategy by using the Skylark I LE unmanned aerial system.  What does that mean exactly mean?  The Israeli Defense Department gets one of the coolest remote control aircraft we have ever seen.  The drone will come in to use when it becomes dispatched  from the  rear, allowing forward military units to takeover operations once it reaches them and scope out foreign territory for potential hostiles.  The Skylark weighs less – about 15 kg than other UAVs – and will enhance their troops operational flexibility by cutting back on their baggage.

One standalone soldier can carry the drone.  The package consists of the unmanned aerial Skylark I LE, a computer controller, hand held display, operations stick and something called the Skylark Rambo transducer.

Skylark will be used for close-range reconnaissance missions for soldiers who are inspecting a battle field without enemy detections. The system is very silent, has good flight autonomy and can observe the battle during day or night, thus providing soldiers with vital information.

NATO has used this in previous battles such as Iraq and Afghanistan, unfortunately it’s not available to the public so we’ll just have to stick to an iPhone controlled AR drone for now.