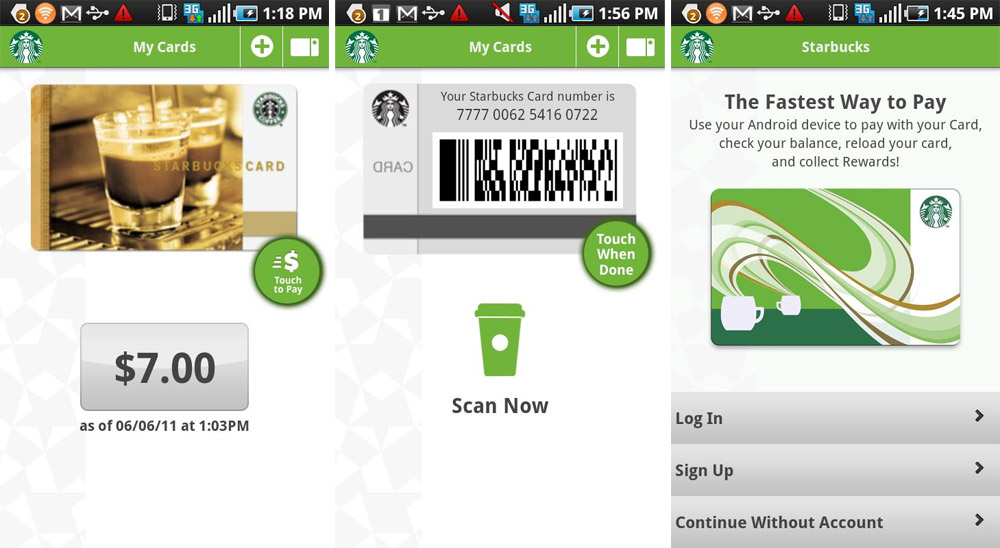 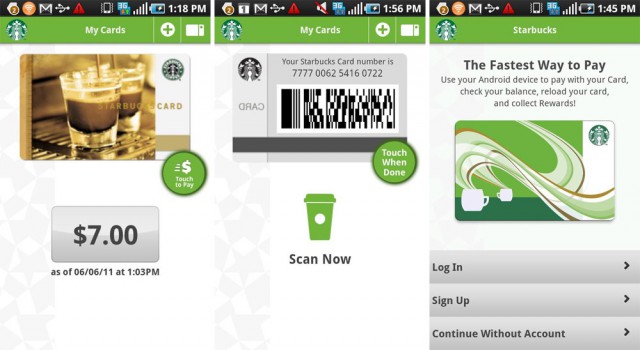 I’ll admit it, I am a coffee addict.  The pot is usually on about as often as it rains here in Vancouver,  but from time to time  id sure like to treat  myself to something special from the barista.   No more fumbling change, now too like my iPhone friends, I can pull out an Android smartphone and pay up at the Starbucks before sitting down to write some news.

Just like iOS and BlackBerry,  you can now display a barcode on your smartphone’s screen to settle your debt with the Starbucks Android app. It’s not as cool as using NFC, but I guess this will do for now. The Starbucks app can be used at nearly 7,000 Starbucks locations around the United States, as well as 1,000 Target locations. For your added latte-sipping convenience, you can also load up your virtual “Starbucks Card” via the app itself.