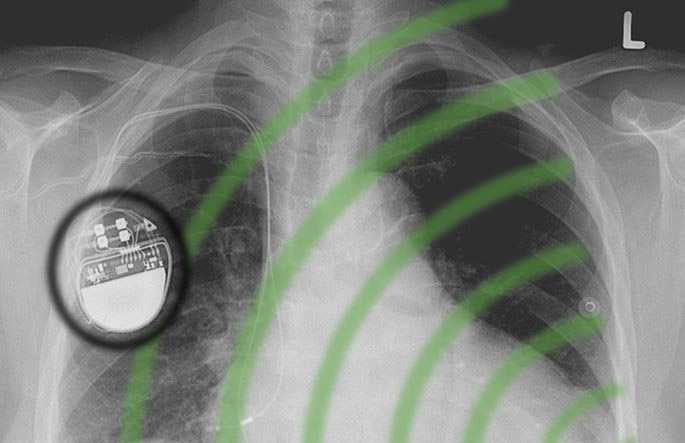 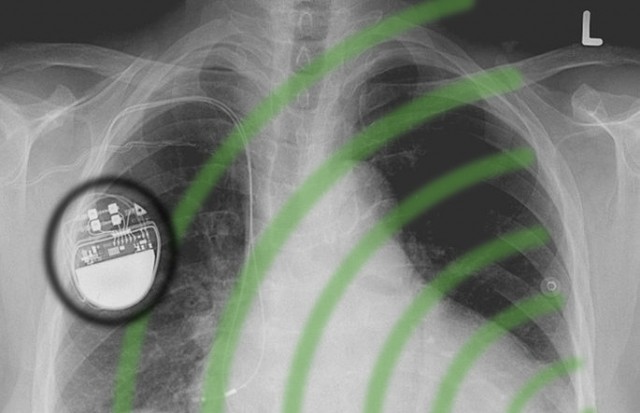 It sounds like something from a movie, but in the future assassins could potentially finish off their targets with the touch of a button on a radio transmitter, causing the target’s pacemaker to zap them to death. That is, if the target is a 95 year old man with a pacemaker and the assassins couldn’t wait a couple years for nature to take its course.  Yes, it sounds ridiculous, but since more medical devices can wirelessly send and receive data, it could happen someday.  If not in reality then in a movie somewhere. Wireless-enabled pacemakers allow doctors to monitor a patient’s heart and change the rhythm of pacemakers via the internet. But since the U.S. Federal Communications Commission recently moved wireless implants onto a new frequency that allows them to be accessed over longer distances, the potential for an assassin to harm the patient and kill them from a distance could become very real.

To counter such an attack, researchers at the Massachusetts Institute of Technology (MIT) are working on developing a shield that could be worn outside the patient’s body that would block unwanted hackers. When an authorized source like the patient’s doctor wants to adjust the pacemaker, the doctor would send encrypted instructions that would be authenticated and decoded by the shield, then sent along to the pacemaker. Signals from unauthorized devices would be blocked. Since it’s located outside the body, in the event of an emergency the shield could just be removed and disabled.

The MIT team conducted promising lab tests using second-hand implantable defibrillators and standard radio transmitters that acted as stand-ins for the shield. The only drawback for the team is that there isn’t any interest from manufacturers, since there haven’t been any reported wireless attacks on implants so far. Let’s hope it stays that way, as messing with someone’s implant is on a whole new level of evil than messing with their PlayStation account.  And besides, there’s no stopping an EMP.