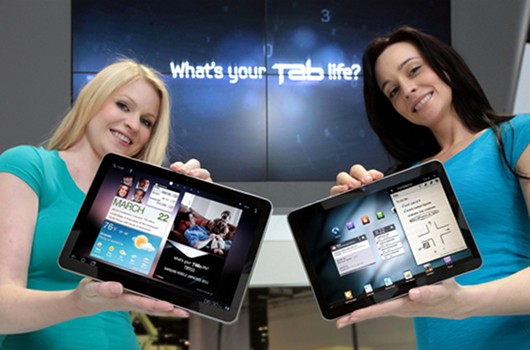 Let’s face it. The “entertainment” system that you find on most airplanes offers a terrible interface that is remarkably sluggish. Even if there are free video games, they’re still pretty crappy. By contrast, tablet devices are much peppier, much prettier, and much more fun. So, American Airlines is offering tablets to its passengers.

Well, at least passengers who are flying in Premium Class. In addition to the wider seats and better food, these “premium” customers will also be offered a Samsung Galaxy Tab 10.1 to use while several thousand feet in the air. These will effectively replace the in-flight screens on “selected transcontinental and international flights,” but they will be “modified” from the version you find in stores.

What these modifications entail remains to be seen, but they do make mension of “expanded memory.” It’s likely that they’ll load up specialized apps and/or use a custom user interface that is more in line with typical in-flight entertainment, like the selected movies and TV shows. Don’t expect to see these everywhere, though, as AA is only ordering up 6,000 of these puppies to start.

It’s not the first time that we’ve seen tablets as in-flight entertainment either. Aussie carrier Jetstar tried renting out iPads for AU$10 a pop last year and they plan on doing an “official” launch later this year. Personally, I like that idea better. Sure, you can offer the tablet for “free” to premium customers, but us economy class folk wouldn’t mind spending $10 on a tablet rental. We’re already getting dinged with all sorts of other fees anyhow.