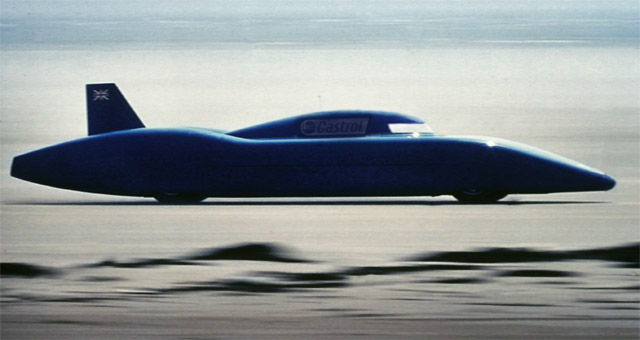 Bluebird Electric is scheduled to start speed trials at Pendine Sands, Carmarthenshire, on July 2 and 3 in order to prepare for the breaking of the 500mph land speed record in 2013.  The current record in the UK for electric vehicles is 137 mph.

Don Wales is expected to drive the car during the trial. He is a member of the Campbell family which has established a long lasting speed record tradition since 1920.

Wales is planning to set the speed record for electric cars at over 500mph in 2013 and for this reason he carries out tests using various battery technologies on Bluebird so as to enhance the vehicle’s speed.

The car Wales will use to set the record is going to be manufactured by Delta Motorsport.

The tests from Pendine Sands will help the team gather more information so as the further improve Bluebird’s speed. Perhaps they will also set a new UK electric car speed record.

Castrol, a company which has been endorsing speed record attempts for more than 100 years, is one of the most important sponsors of the project.

“The land speed record has been broken an amazing 21 times by cars using Castrol lubricants and it’s only fitting that they are our partner in the newest form of mobility”, Don Wales stated.

Bluebird Electric, the car which Don Wales (grandson of Sir Malcolm Campbell MBE) expects to drive to a new world land speed record of more than 500mph, is being readied for speed trials at Pendine Sands, Carmarthenshire, on 2 and 3 July 2011.

The current Bluebird Electric is being used as a test and development vehicle to try different battery technologies and drive units as part of Wales’ goal to set an electric record of more than 500mph in 2013. For this attempt a new car is to be built by Delta Motorsport, based at Silverstone. As well as considerable experience of motor sport engineering, the company produces the 150mph battery-powered Delta E-4 Coupé road car.

The speed trials on 2 and 3 July 2011 at Pendine Sands are part of the development programme. However, timekeepers and race officials will be present and the team hopes to establish new UK land speed records for an electric car. During the trials Wales also hopes to best his grandfather’s 146 mph land speed record set with a combustion engine on the same beach in 1924.

Project Director Martin Rees said “Don’s ambition to be the fastest in the world is a goal we are all working hard to achieve and his recent speed record breaking exploits, and those we achieved in the electric Bluebird ten years ago, are testament to his undoubted dedication and commitment to excellence”. Rees added, “Taking the car back to Pendine next month with improved drive and bodywork will be another chapter in the Campbell and Wales and Pendine story.”

Don Wales is pleased to confirm that Castrol is now a major sponsor of the Bluebird Electric project. The company has supported record attempts by Wales before; it supported Sir Malcolm Campbell MBE and Donald Campbell CBE and has a history of world record attempts going back more than 100 years.

Announcing the sponsorship arrangement, Don Wales said: “I’m extremely pleased that Castrol is a major sponsor. They have been involved with so many records set by Bluebirds that it wouldn’t seem right to attempt a record without them and their support. The land speed record has been broken an amazing 21 times by cars using Castrol lubricants and its only fitting that they are our partner in the newest form of mobility.”

Castrol has a great heritage of pioneering firsts across all fields. For over a hundred years the company has been at the cutting edge of technology and innovation. From helping Barnes Wallis cross the Atlantic in an airship in the 1920’s, to working with Donald Wales on his quest for more land-speed records, Castrol continues to show its commitment and leadership in technological advancement.

Polly Flinn, VP global marketing for Castrol said; “Castrol’s partnership with the Bluebird Electric project was inspired by our past heritage with the Campbell family, however it also demonstrates our commitment and contribution to the future progression of technology.

“Castrol’s sponsorships always aim to provide a new perspective through our expertise in technology leadership in order to improve performance, and this project is no different. We’re truly excited to be joining Donald on his journey to set new records in the UK and around the world.”

Wales’ son Joseph Wales will become the fourth generation of the Campbell family to pursue record breaking when he drives Bluebird Electric to attempt the 1/4-mile and 500 metre UK speed records.

The years 2011 and 2012 will see a series of events to celebrate the centenary of Malcolm Campbell painting his record cars and boats blue and naming them Bluebird – after he saw Maurice Maeterlinck’s play The Blue Bird at the Haymarket Theatre, London. Don Wales and the Bluebird Electric team will be speaking at a number of events throughout the year with the climax to the year in June 2012 with a big celebration at the Haymarket Theatre including a display of past Bluebirds outside.