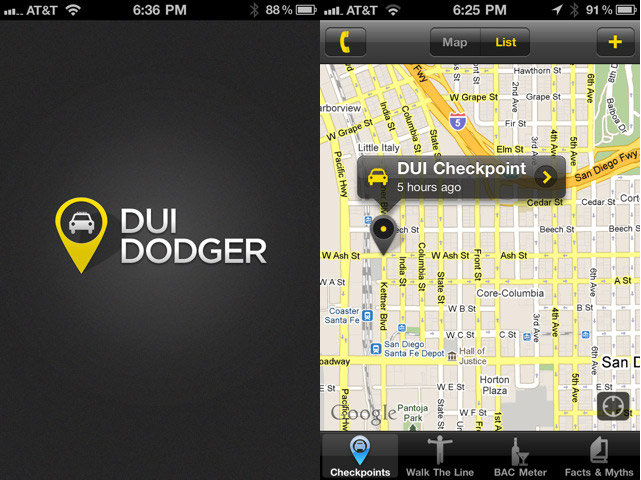 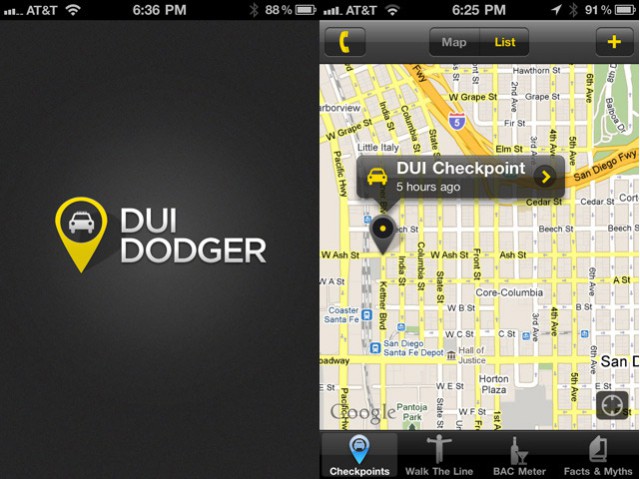 DUI Dodger is still in the app store, and under its description encourages people to “fight back” against checkpoints, while at the same time arguing that, “people will be less inclined to drink and drive if they know that there is a checkpoint in their area.” Does an app called DUI Dodger really encourage people to be responsible? Sounds like a tool for drunk drivers to avoid the fuzz on their way home, but maybe that’s just me. The “walk the line” feature allegedly tests your sobriety based on how stable you are while walking in a straight line and gives you an estimate of your blood alcohol content. It does give the option of “calling a friend” below the blood alcohol level, but the main purpose of the app is to inform drunk drivers exactly where the police will be hunting for them, which seems counterproductive.

In March, four United States senators sent Apple, Google and RIM a letter asking that the companies remove apps from their stores that give away the location of checkpoints, red light cameras and speed traps. Getting rid of DUI apps was their main priority, and RIM quickly removed all of the DUI checkpoint apps from the Blackberry App World store within a week of getting the letter.  Apple and Google initially refused, but after repeated pressure from the senators, Apple gave in. With over 10,000 Americans dying in drunk-driving crashes every year, I wonder why Google hasn’t done the same.