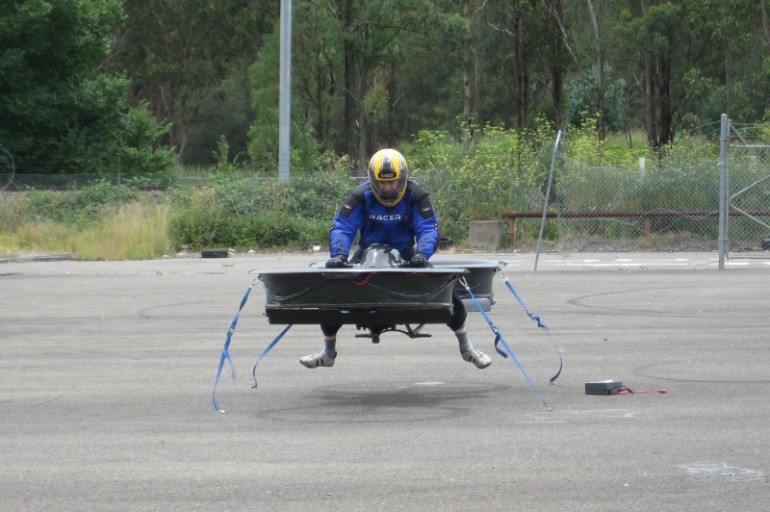 Australian Chris Malloy has designed a hoverbike prototype right in his garage. The hoverbike hasn’t done much but hover while tethered to the ground, but Malloy is extremely optimistic that the bike will be able to travel at speeds of up to 173 mph at 10,000 feet. He’s set his sights pretty high. According to Malloy, the hoverbike could potentially travel even higher, but then users would have to carry oxygen.

Malloy hopes to gain some funding so he can work on the prototype full time and do a test drive without being tied to the ground. You can donate through his website, and he has almost $70,000 donated and is aiming for over a million. If the bike makes it to production, it would be classified as an ultralight aircraft, which means that users wouldn’t need a pilot’s license to ride it. If this is the case, the two explosive parachutes attached to the airframe better come with every single bike.

The hoverbike engine is air-cooled and runs on regular unleaded fuel. One tank gives a range of about 92 miles. Malloy is estimating the hoverbike will cost at least $40,000 per unit, but with higher demand the price would drop. Like other ultralight aircrafts, using the hoverbike in the city would be a bad idea. Malloy suggests applications could include search and rescue, aerial survey, power-line inspection and military and emergency services. 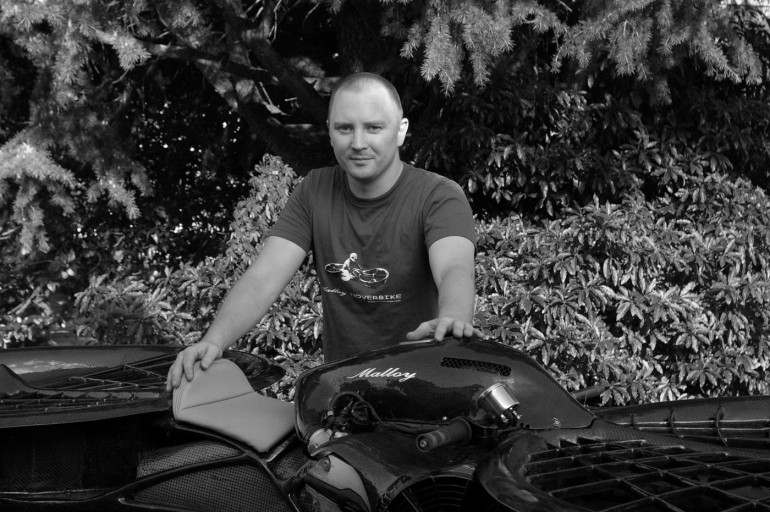 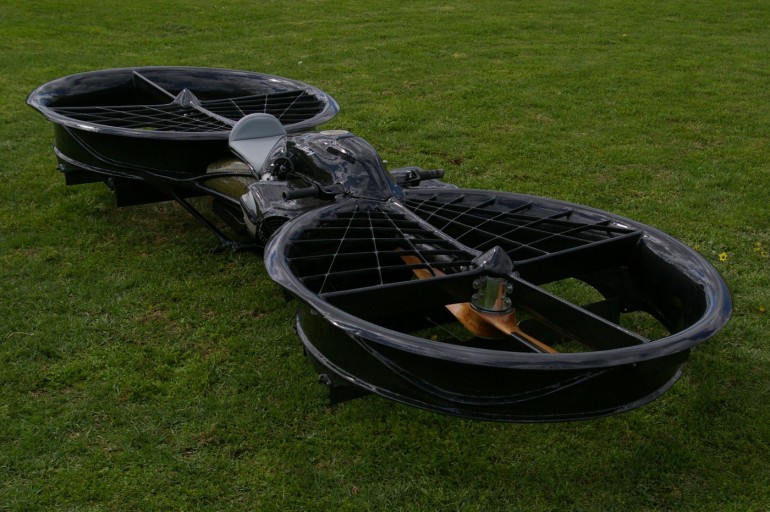 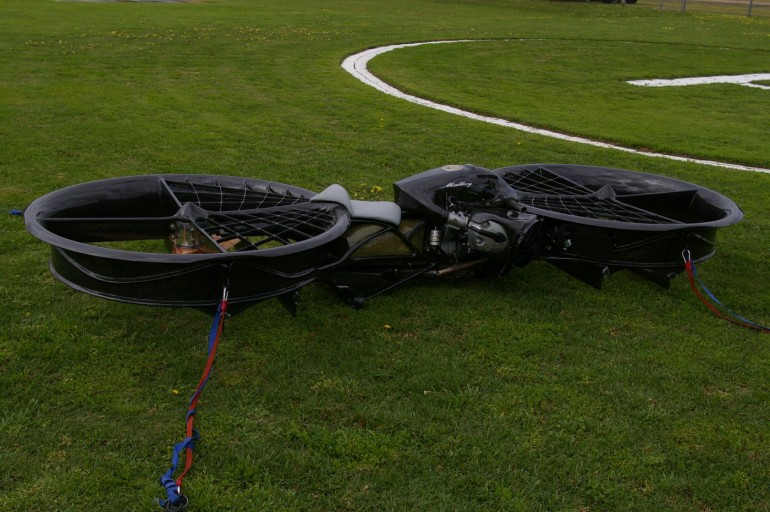 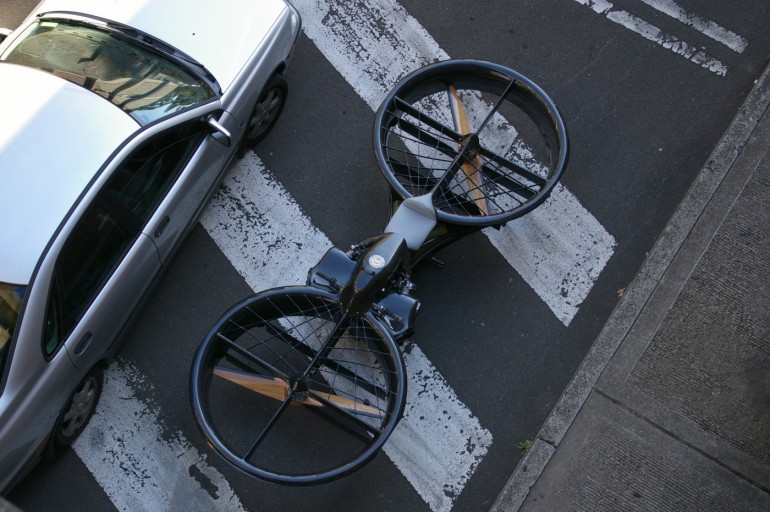 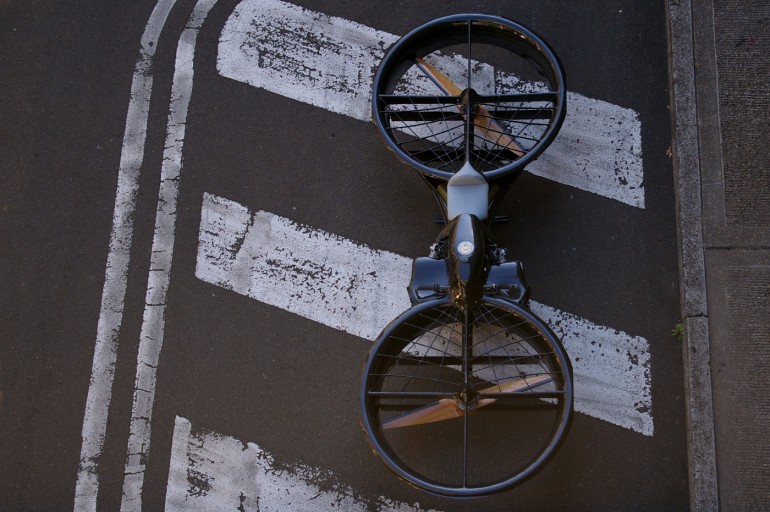 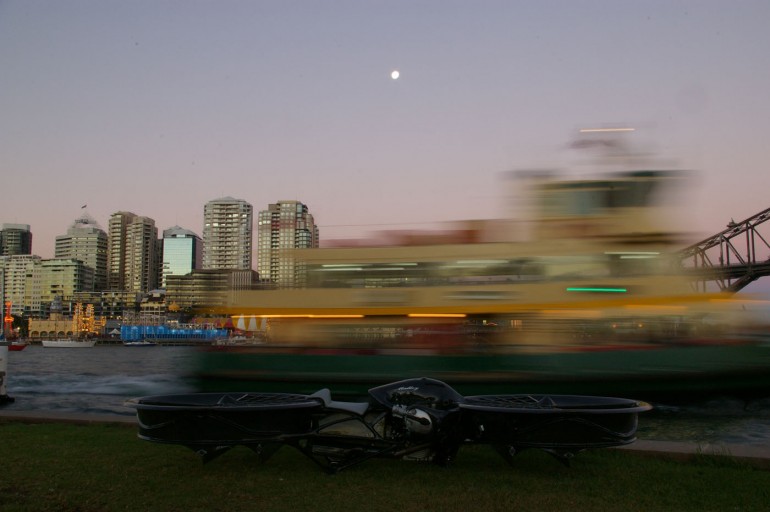 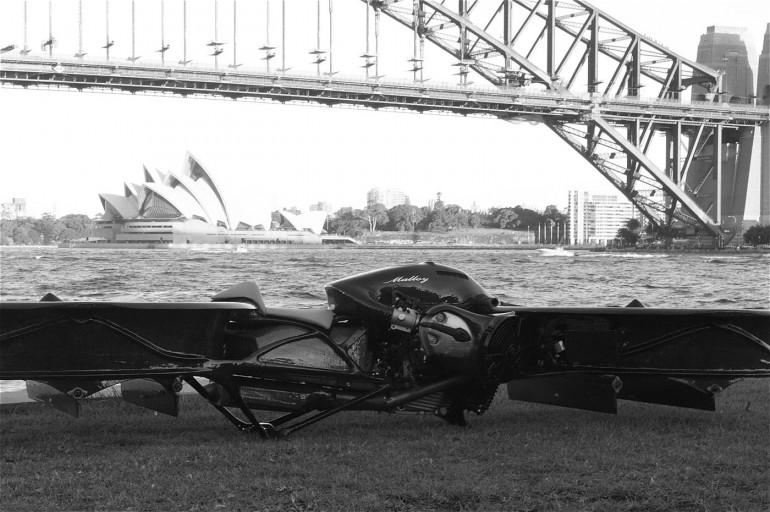 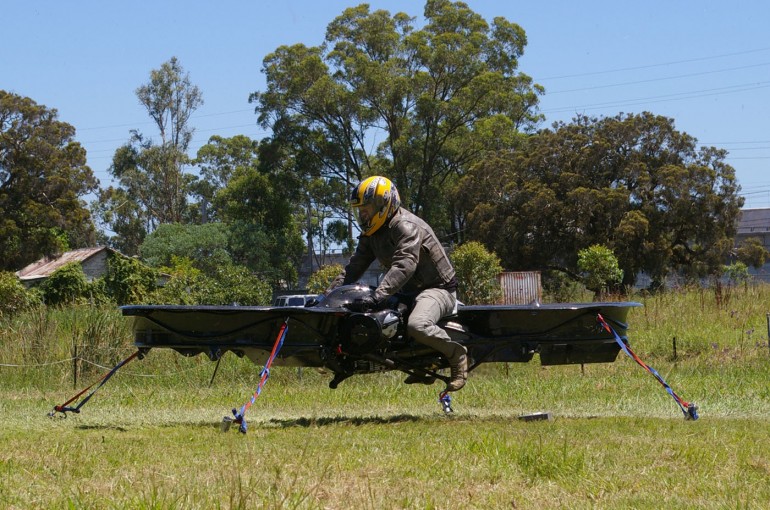 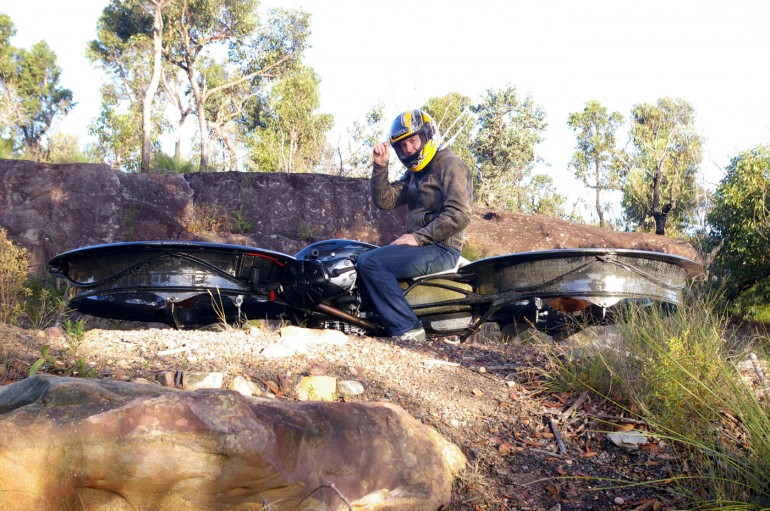 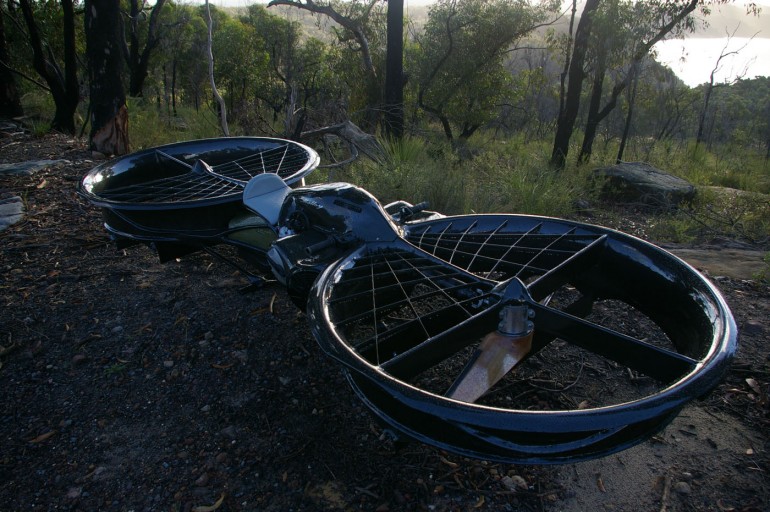 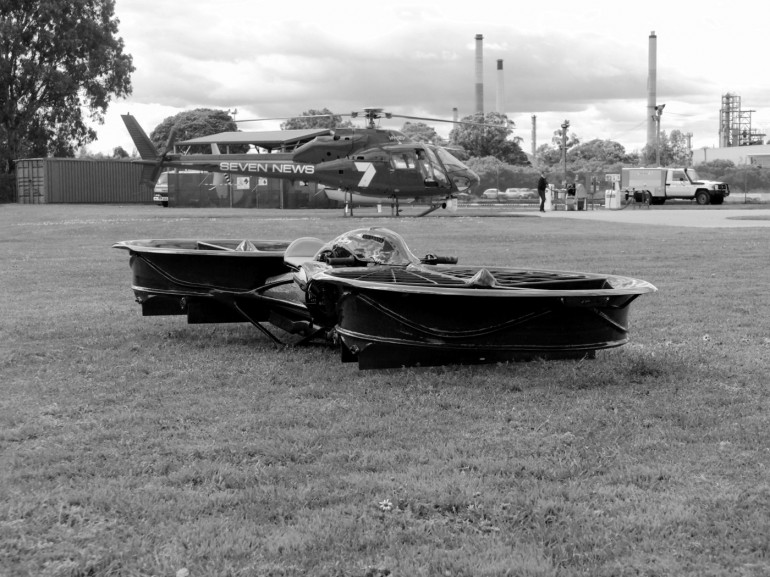