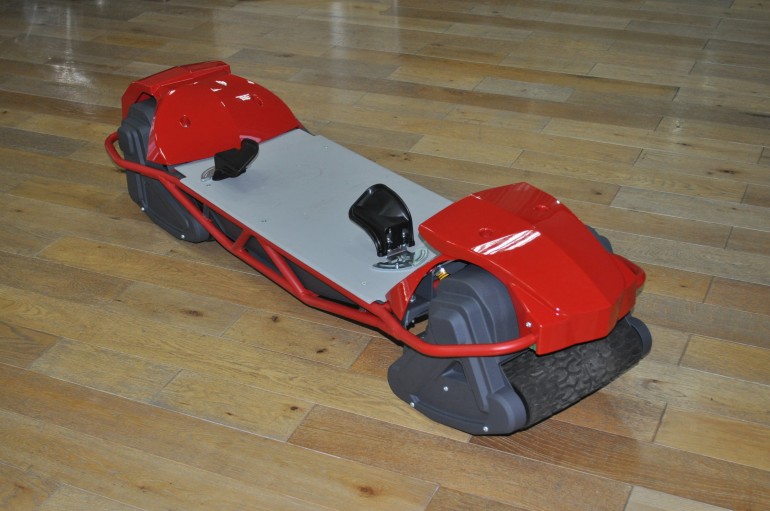 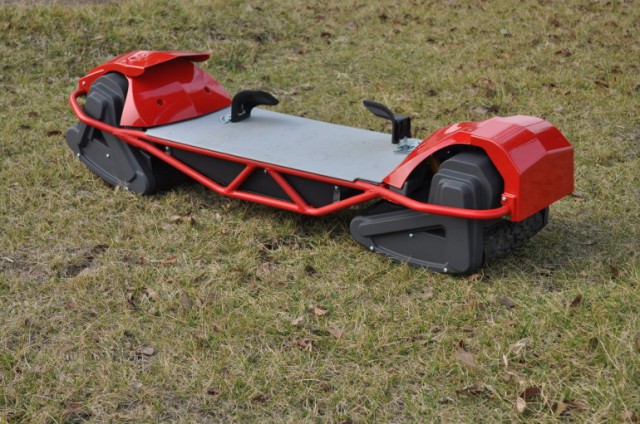 The Scarpar, although not quite the hoverboard from Back To The Future, now offers two electric motors placed in the articulation tracks and a wireless hand-held throttle and break component.

The company is confident that the current battery live time will increase by 10% in the future and they preferred to use electric motors in order to reduce the mechanical challenges and create a pollution-free device since Scarpar is “built for the future”, Fern explained. The batteries the Scarpar uses are based on lithium phosphate, “not quite as dense as lithium polymer, but they don’t blow up, either”, the CEO said.

Despite the small package, the two motors can generate 13-14 Newton-meters of torque. 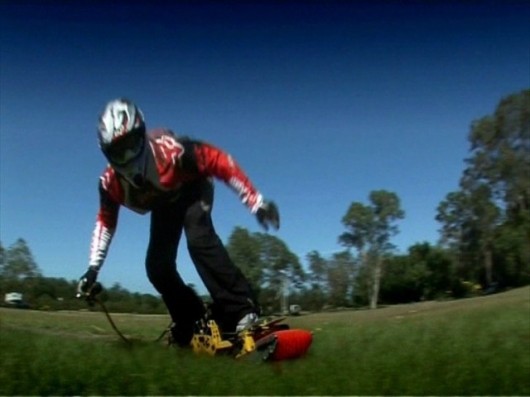 “[other such vehicles] have like an 800 watt motor, and we’re talking 3 kilowatts … The motors themselves are the size of a coke can and they’re  unbelievably powerful”, Fern revealed.

The Scarpar has a certain water resistance degree too and it can still function after users have hosed it down. The vehicle can reach a top speed of 45-50 km/h (29mph).