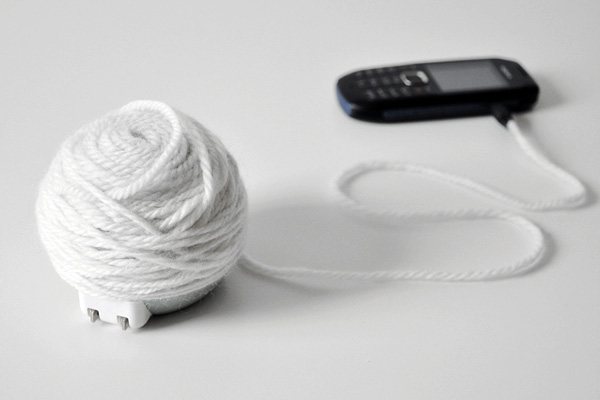 Yes, we have all had this problem – the battery charger was just a couple of inches too short for us to put the phone on the desk so we had to leave it on desk’s corner. And then you know what happend next. Yuchen Liu is a designer who apparently got so annoyed by short cords that he decided to invent a ball-of-yarn battery charger. This way, users will never fear that the cord will run short. The wonder-cord, which has been codenamed Woll Ball Charger really looks like a ball of yarn. Users can wrap it into itself and then just unwrap it easily when they need more cord. Some users may be surprised at first by Woll Ball Charger’s appearance, but they will soon realize that its design is very useful. And I think the cat agrees with me on this one.