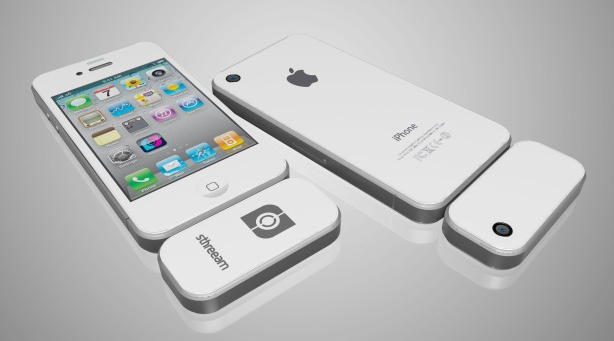 Not the best of names, but the Sthreeam dongle is a kickstarter project that adds a second imaging sensor to your iPhone. Why would you wan’t a second camera on your iPhone? To record in 3D of course. So basically, it’s a project in the early concept stage. But once funded, the Sthreeam will be put to production and the resulting dongle will let you take 3D photos and 3D video from your iPhone 4 device. The Sthreeam 3.2 is for the iPhone 3G and only captures 3D photographs. You will need anaglyphic glasses, or 3DTVs with active shutter shades to watch the 3D video. And you will only be recording video in VGA at 30fps, so it won’t be the greatest of quality, but hey, it’s 3D.

The team needs $50,000 of your crowd-sourced dollars to fire up the Sthreeam production line.