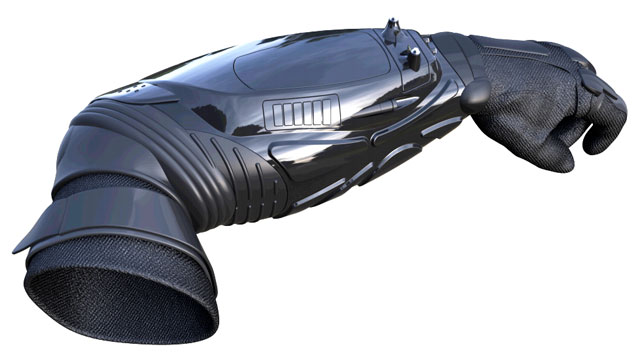 BodyGuard is a wearable, hands-free weapon that is equipped with a stunner, high-definition video camera, laser pointer and flashlight. The intent is to prevent violent situations by threatening aggressors with 300,000 volts of electricity.

The invention was designed by David Brown, a cameraman who has worked with musical acts like Rage Against the Machine, Snoop Dogg and actor Kevin Costner. The idea for BodyGuard was hatched after Brown learned of a recent mountain lion attack in a nearby Orange County park that had left one cyclist dead and another maimed. Brown envisioned a wearable device that had no chance of being dropped, but could protect people from being attacked by wild animals. Eventually Brown looked into alternate applications, like police and military use. 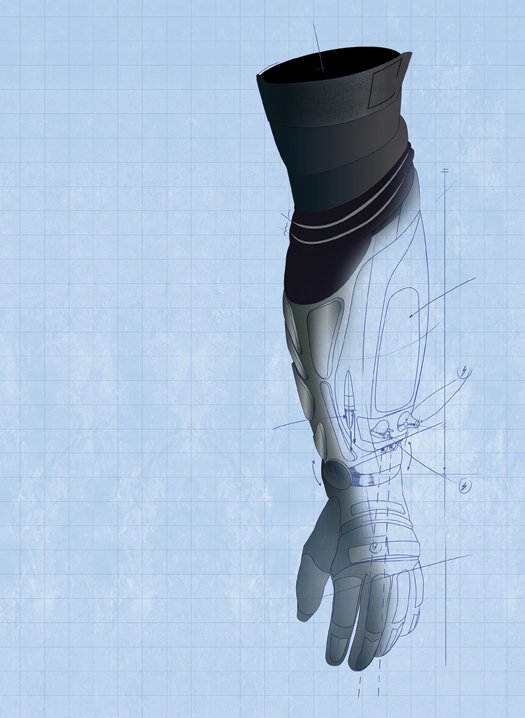 Seven years and 30 prototypes later, Brown has his first demo model. The glove weighs less than three pounds and is encased by a hard shell that extends across the forearm. Buttons trigger the stunner, laser pointer, video camera and flashlight. The green laser pointer helps aim a video camera to help gather evidence against the suspect. If the camera doesn’t do the trick, the jolts of electricity might.

The BodyGuard debuted in May at the U.S. Department of Justice’s Mock Prison Riot, an annual training and technology-assessment event held at a decommissioned penitentiary in West Virginia. The first demo unit will be released to the Los Angeles sheriff’s department later this year.

It’s arguable whether this is the first armored glove invention, as inventor Troy Hurtubise, known for building a suit of armor impervious to grizzly bears, debuted a full exoskeleton body suit of armor called the “Trojan” suit in 2007. His suit had bear spray built into the right arm. And weren’t tasers designed to be a protective weapon, too? They don’t exactly have a great track record as non-lethal weapons. Pricing for the BodyGuard has not been disclosed.