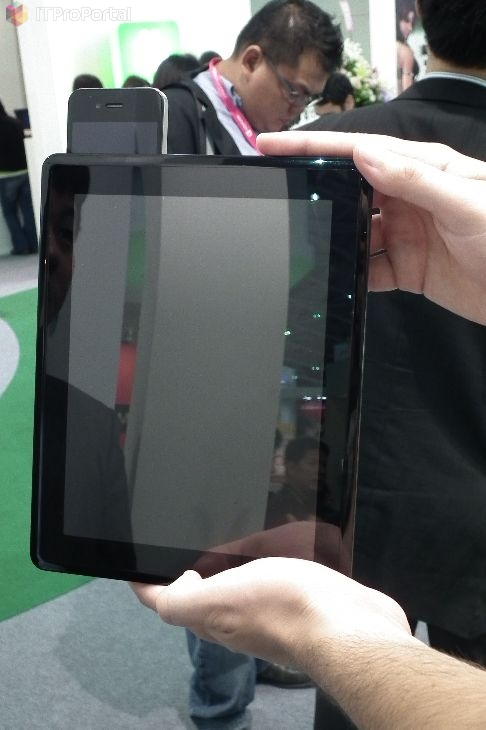 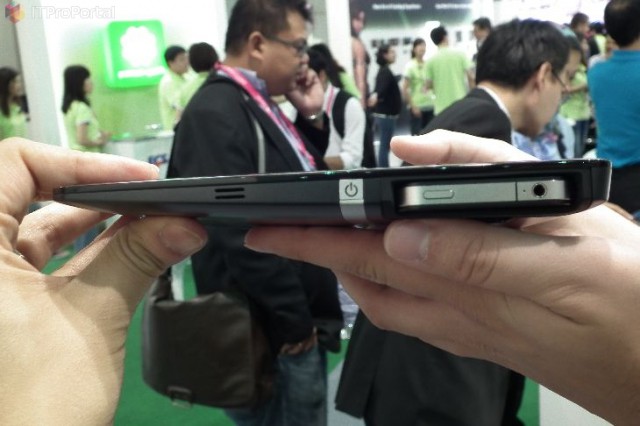 We know about the PadFone, the Atrix 4G Dock, and ever since the news of them I’ve had dreams of docking my iPhone in a similar device.  Buy one superphone and make your own scalable devices by simply docking it within a specialized housing that has no main internal components.  But that’s not likely to happen from Apple anytime soon, so ECS and ICE Computer at Computex unveiled a prototype of their iPad-like dock for your iPhone or Android Smartphones.  This is where it gets far fetched, how does it dock with the iPhone which uses the Apple connector while docking with Android devices which most only have a Micro-USB port?  I will believe this one when I see it, but the $200 slide-in tablet shell is will add an SD card slot, two USB ports and a front-facing camera to the mix.  If it will work on an iOS phone it will have to be jailbroken in order to support the other hardware features, other than that, they are saying to watch out for a Q4 release for the 9.7-inch tablet shell.