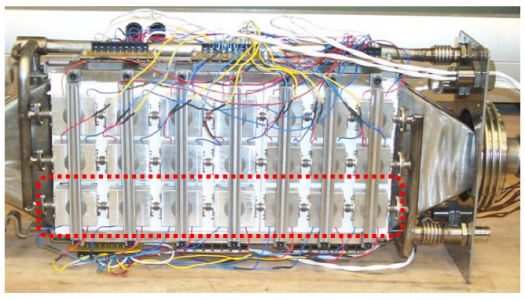 At least two-thirds of gasoline energy used in cars and trucks is wasted as heat. Thermoelectric devices integrated into a car’s exhaust system could potentially capture the lost heat and use it to produce electricity for the vehicle. This could reduce the fuel needs of the vehicle and make it more efficient.

BSST is using another family of thermoelectrics, blends of hafnium and zirconium, that work well at high temperatures, unlike bismuth telluride. According to BSST, this has increased the generator efficiency by about 40 per cent. GM researchers are assembling a final prototype based on a new class of thermoelectrics called skutterudites, which are cheaper than tellurides and perform better at high temperatures. The company’s computer models show that in its Chevrolet Suburban test vehicle, this device could generate 350 watts, improving fuel economy by three per cent.

However, fabricating skutterudites is time-consuming, complicated and incorporating them into devices is difficult. The challenge is for the researchers to design something that’s integrated into the vehicle system rather than being an add-on device. Additionally, the BSST and GM researchers will need to find ways to make larger volumes of the new materials cheaply. It might be at least another four years before thermoelectric generators make it into production vehicles.