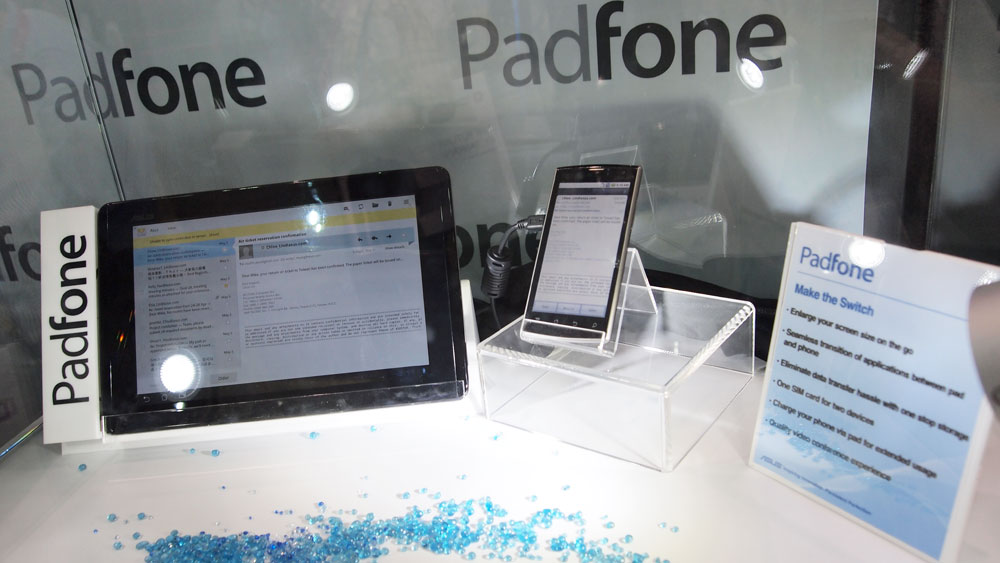 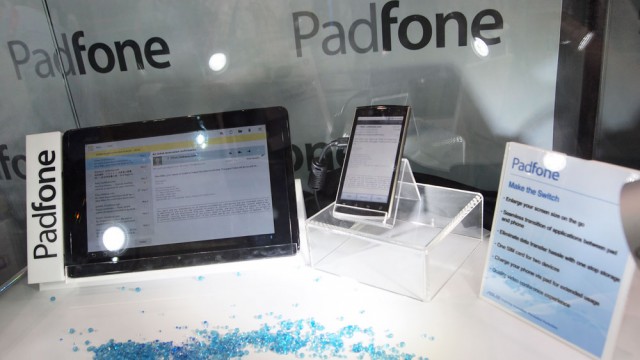 Mostly living up to the expectations, rumors and leaks, the Asus Padfone was revealed to the world at Computex Taipei 2011 this week. The idea is similar to the Motorola Atrix, except the phone goes directly into a tablet-shaped device. The problem is that Asus is keeping its mouth shut about any real details.

Even so, I made my way over to the Asus booth to get a closer look. It’s really too bad that they don’t even have a working prototype or engineering sample to show us, since they were dummy devices in the cases. They’re not operational at all, so it’s almost like the Padfone is nothing more than a proof of concept. 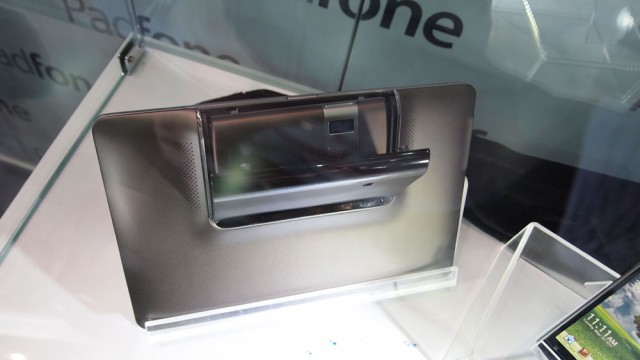 In any case, I did get a closer look at how the docking mechanism appears to work. Out the back of the tablet part, there’s a flap that opens up to reveal where you put the smartphone. The assumption is that the smartphone will have a miniUSB port on its left side. This would likely line up with a miniUSB connector on the inside of the dock.

You’ll also notice that there is a hole cut out in the dock cover. This allows the camera on the smartphone portion to still be usable when in the tablet dock. Strangely, the cutout does not seem to allow for the flash to work, but this design could see several alterations before the Padfone becomes a real product.

I’m not sure how I feel about the Padfone, to be honest. It could prove to be an epic game changer, but it could also prove to be a monumental disaster (assuming it ever gets out of the vaporware stage).