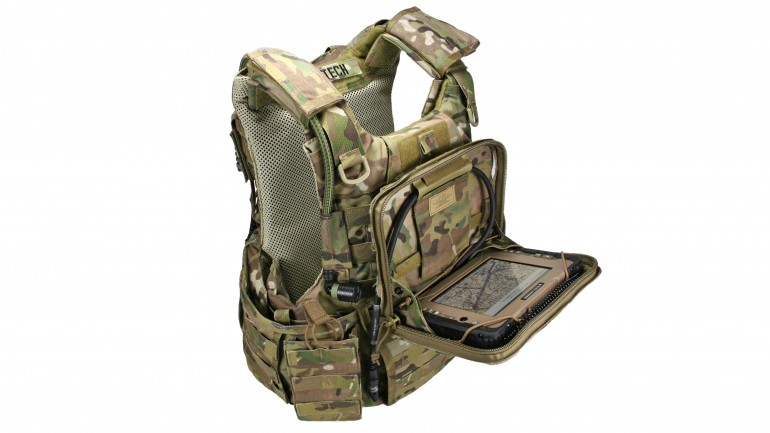 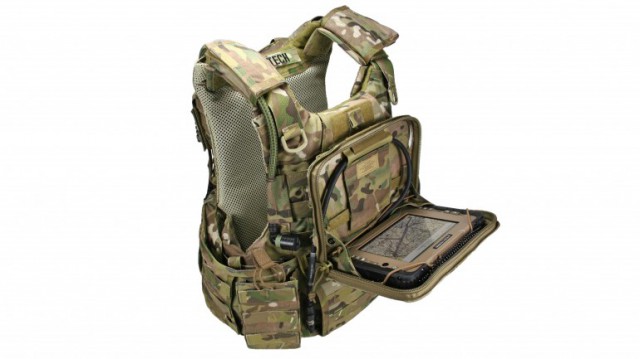 For some people, shiny aluminum unibodies just won’t do. They need something that’s tougher and rougher to handle the hardships of daily duty. And that’s where Black Diamond Advanced Technology is taking us, transporting a military-spec ultra rugged wearable PC to the realm of a commercial release.

The Modular Tactical System starts as a computer in a vest-based pack, but the components are split up and integrated into different parts of a soldier’s uniform. This modular approach makes it easy for military personnel to configure the system to suit their specific needs and it’s that same kind of concept that’s heading to the commercial off-the-shelf version too.

Critical components like the processing platform and peripheral controller are on the rear plate carrier, while the 6.5-inch Universal Tactical Display (UTD) sits in the front. It’s friendly for nigh vision goggles, as well as for viewing under the harsh Afghanistan sun. The power of the unit isn’t huge — 1.6GHz Atom, 2GB RAM, 128GB SSD — but this is a purpose-built solution that needs to last.

Black Diamond focuses mostly on military, but they see the MTS being used in other applications too. I imagine some hardcore hobbyists could be interested in this kind of real tactical gear. No OS specifications were announced at the time of the release, but by looking at the hardware specs it’s sure to be Windows something. Android soldiers will have to look elsewhere.