Remember that notorious scene from A Clockwork Orange where they attempt to rehabilitate Alex, the main character, by putting him in a straight jacket, forcing his eyeballs open, and making him watch a bunch of violent images? In the scene, he’s squirming, his pupils are dilating and he’s sweating. It’s not a pleasant scenario, but it turns out people have a similar physical responses to advertising. Though participation is voluntary and no one is strapped to a chair, neuromarketing research done by Innerscope shows that people experienced dilated pupils, an increased heart rate, started sweating and even squirmed in their seats when subjected to advertising.

Neuromarketing is using brain imaging or other brain activity measurement technology to measure subconscious responses to products, advertising and other marketing. Critics have called neuromarketing “junk science” that uses suspect research methods, but it’s gaining increasing interest. Proponents of neuromarketing claim there are subconscious, emotional responses people have in response to ads that they are often unaware of, and tend not to reveal during traditional interviews. So some companies who believe the claim are turning to neuromarketing in the hope of knowing how subjects respond emotionally from watching their ads. 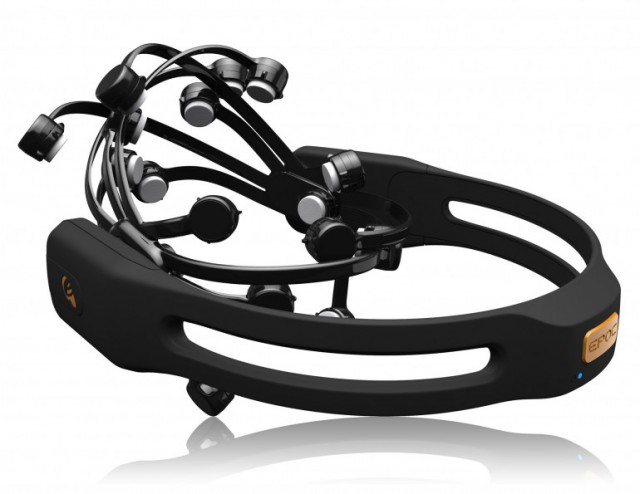 In late March 2011, NeuroFocus announced the Mynd headset, which the company claimed was the world’s first dry, wireless EEG measurement headset. The headset, intended for neuromarketing, is designed to capture brainwave activity across the full brain, and each sensor captures brainwave activity at 2,000 times a second. Measurement of EEG brainwaves has traditionally used gel, paste or saline at the scalp terminals to ensure conductivity of the electrodes onto the scalp. The company’s dry “smart” sensors eliminate the use of gels and the Mynd relies instead on natural skin-oils and sweat to create a connection. The company claims the headset gives similar performance to that obtained by wet-based systems.

Data from the Mynd headset can be streamed to the iPad, iPhone and other smart devices, allowing researchers to test consumer responses outside of the lab, including inside the home, a movie theatre and shopping malls. The headset also applies eye-tracking technology to identify a test subject’s visual focus. NeuroFocus will be rolling out the Mynd headset throughout its testing labs in Europe, Asia, Latin America and the Middle East.

Capturing brainwave activity at 2,000 times a second sounds impressive, but does it work? Does it really provide accurate and reliable market research data? That’s exactly what the Advertising Research Foundation (ARF) is trying to find out. Last year, the ARF gathered a bunch of TV commercials and asked various neuromarketing suppliers to apply their technology to test subject responses to the commercials. The ARF then compared the conclusions and recommendations produced by the tests from the different neuromarketing suppliers to see if the results were similar.

Interestingly, Neurofocus was one of two suppliers that didn’t want to take part in the independent review process with their Mynd headset. The other major company that declined to take part in the process, called Emsense, also uses dry headset technology. We can only guess whether or not dry technology actually works.

As for the rest of the neuromarketing headsets, they gave conflicting findings for a Colgate ad. There was not a lot of consistency between the results from the eight companies that allowed their headsets to be tested. Some companies claimed the characters in the Colgate ad were “inviting” while others thought the same characters were ineffective and did not resonate with the target audience. The ARF is expected to release a more extensive study around September 2011. According to the Advertising Research Foundation, neuromarketing shows promise, but at this point it should only be used as a supplement, not replacement, to other research.