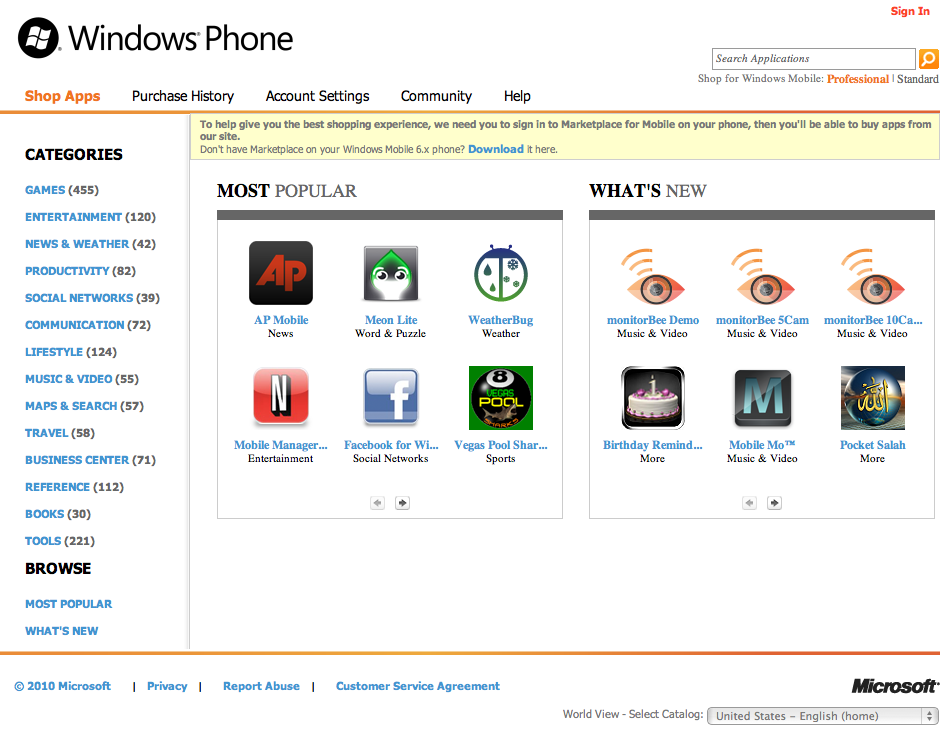 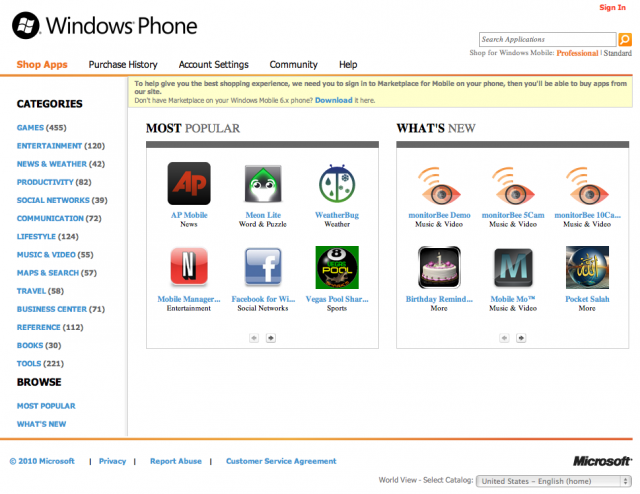 With Microsoft’s software update due this fall, nicknamed Mango, the company is trying to bring over developers to the Windows Marketplace for Mobile by encouraging them to charge more for Windows Phone apps. Microsoft hopes to compete with the highly successful iTunes App Store by offering up better quality apps, as opposed to cheap or free apps that involve fart sounds.

“I’d rather developers sell fewer than a million downloads and get to a million dollars,” said Brandon Watson, Microsoft’s director of developer experience for Windows Phone, at a press conference in Helsinki.

This isn’t the first time Microsoft has suggested this. Microsoft encouraged higher prices for apps back in 2009, for the Windows Mobile 6.5. The idea here is to encourage big developers frustrated with the App Store’s low price point to migrate over to the Windows Marketplace for Mobile instead. The App Store tends to prioritize the most popular and free apps, and many users will simply browse through those two categories to determine what to download. Developers who want to take advantage of the system simply price their apps at 99 cents, which increases the number of downloads and gives the app a longer shelf life.

Critics of the App Store’s system claim that the low price encourages mediocre apps instead of quality software, as higher-priced apps must sell a large amount to return the investment, which is difficult when an app’s low price tends to drive its popularity. Microsoft hopes to come out on top with the help of more than just a high-quality app store. In the first quarter of 2011, Microsoft’s Windows Phone 7 came last in smartphone sales with just 3.6 per cent of the market. The upcoming Mango updates, which will add some 500 new elements to the Windows Phone 7, will be released this fall.

Some of the new Mango features include Local Scout, which provides location awareness and allows users to find restaurants, attractions and activities nearby, multitasking that allows an easy switch between apps and games in use, and the ability to group contacts into personalized live tiles where the user can quickly send a text, email or IM to the whole group. Microsoft hopes their partnership with Nokia, and their new partnerships with Acer Inc., Fujitsu Ltd. and ZTE Corp., will further expand and strengthen the Windows Phone.