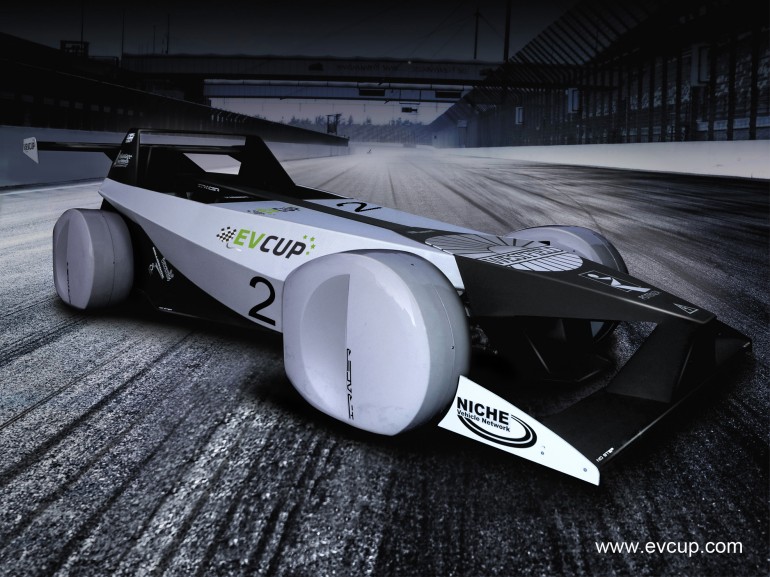 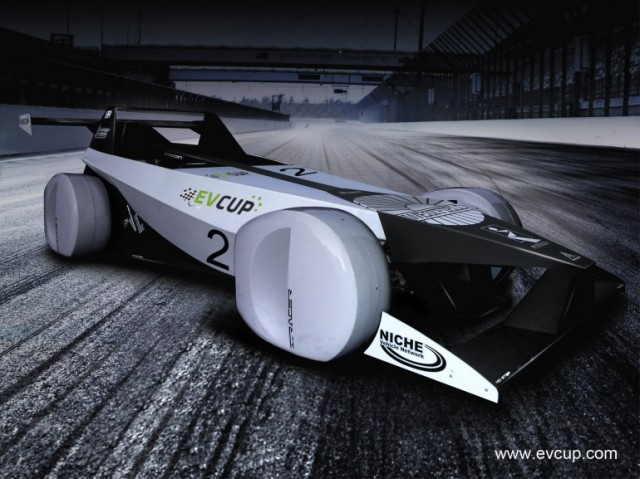 The roar of super-charged engines and the strong smell of exhaust fumes may be what comes to mind when most people think of car racing, but the EV Cup will feature quiet, clean vehicles, with the screech of tires and the whirling of electric turbines replacing the whine of engines. The EV Cup claims to be the world’s first racing series that exclusively features zero-emission electric vehicles. The EV Cup was originally scheduled to kick off its first season in the U.K. at Silverstone on August 6, 2011, but it will now start in the United States in November. The series will launch with two race events in California, at Laguna Seca in November and at Auto Club Speedway in December. The organizers hope to begin the full series back in Europe by early 2012.

“The EV world is developing extremely quickly with technical advances happening almost on a daily basis,” said Sylvain Filippi, managing director of the EV Cup. “The requirements for safety aspects and the delivery schedule for race cars was not going to allow sufficient time for testing. We need to ensure that we are absolutely ready and have everything exactly right before we start.”

“The interest in the EV Cup has been fantastic, especially in the US which is why we wanted to keep our two race events there this year. We plan to begin the full series early in 2012 and will expect to start with races in the US again before coming back to Europe for races here. It was a difficult decision to make but we believe it is the best way to move forward. We have notified all circuits concerned.”

The EV Cup is a seven-race motorsport series that will include two principle classes of zero emission electric cars; the City EV class and the Sports EV class. The City EV class includes cars intended for city driving, and will feature THINK City EVs modified for the track. The Sports EV class is designed for drivers experienced in open cockpit race competitions and will feature the iRACER, which is developed by Westfield Sportscars and is designed for sprint racing. To create a lightweight, aerodynamically efficient and low cost body, the iRACER is constructed from a range of materials, including composites, aluminum and recyclable plastics. The iRACER can reach 96 km/h in under five seconds with a top speed of 185 km/h. The iRACER is also equipped with a boost button that allows for a surge of power to allow for overtaking.

The EV Cup will also include a third Prototype EV class that will act as a showcase for the latest non-production EVs. The cars in this class will follow a time-trial format, with competitive lap-times on street and race courses. The Prototype EV class has few design limitations and no weight or power restrictions. The EV Cup team hopes the series will help change the image of EVs from limited, primarily urban cars to high performance and highly desirable vehicles.