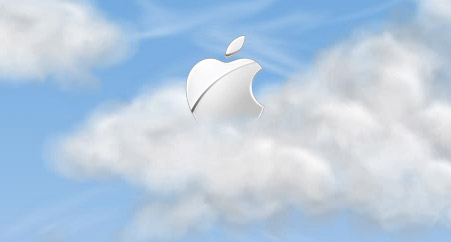 Rumours are floating around that Apple will preview its cloud service as early as June at Apple’s annual Worldwide Developers Conference in San Francisco. Three people briefed on Apple’s private talks that didn’t want to be named told BusinessWeek that Apple will be able to scan customers’ digital music libraries in iTunes and quickly mirror their collections on its own servers. If the sound quality of a particular song on a user’s hard drive isn’t good enough, Apple will be able to replace it with a higher-quality version.

Apple has reached agreements with three of the four major music labels and is close to reaching terms with the fourth. Since Apple has probably paid a hefty sum for the cloud music licenses, it’s unclear how much of an effect this will have on consumers. One possibility is that the cloud-streaming service will be bundled into the MobileMe subscription service that costs $99 a year. Amazon’s Cloud Drive comes free with 5 GB of storage, and offers upgrades that include 20 GB for $20 a year. Google’s Music Beta will offer users the ability to store up to 20,000 songs without charge. Price-wise, there’s not much of a competition, but Amazon and Google haven’t been able to reach agreements with any labels.

After Amazon revealed their Cloud Drive, which allows users to upload their entire collections onto the company’s servers, the process forced Amazon to store multiple copies of the same songs. The labels were angered that Amazon stored the songs on their servers without paying the labels any extra fees. Google negotiated with the music labels for more than a year to create their cloud music service, then launched an unlicensed service when agreements didn’t go through. The music industry’s concern was that search results in Google and YouTube often point to pirated music. It seems the record companies won’t cease fighting cloud services until every last penny is taken from the pocket of the consumer and placed in the cold, dead hands of the record executives. With Apple willing to pay out the record companies, we’ll see if consumers will be free from the threats of the labels or if they will have to pay a big price for Apple’s cloud.